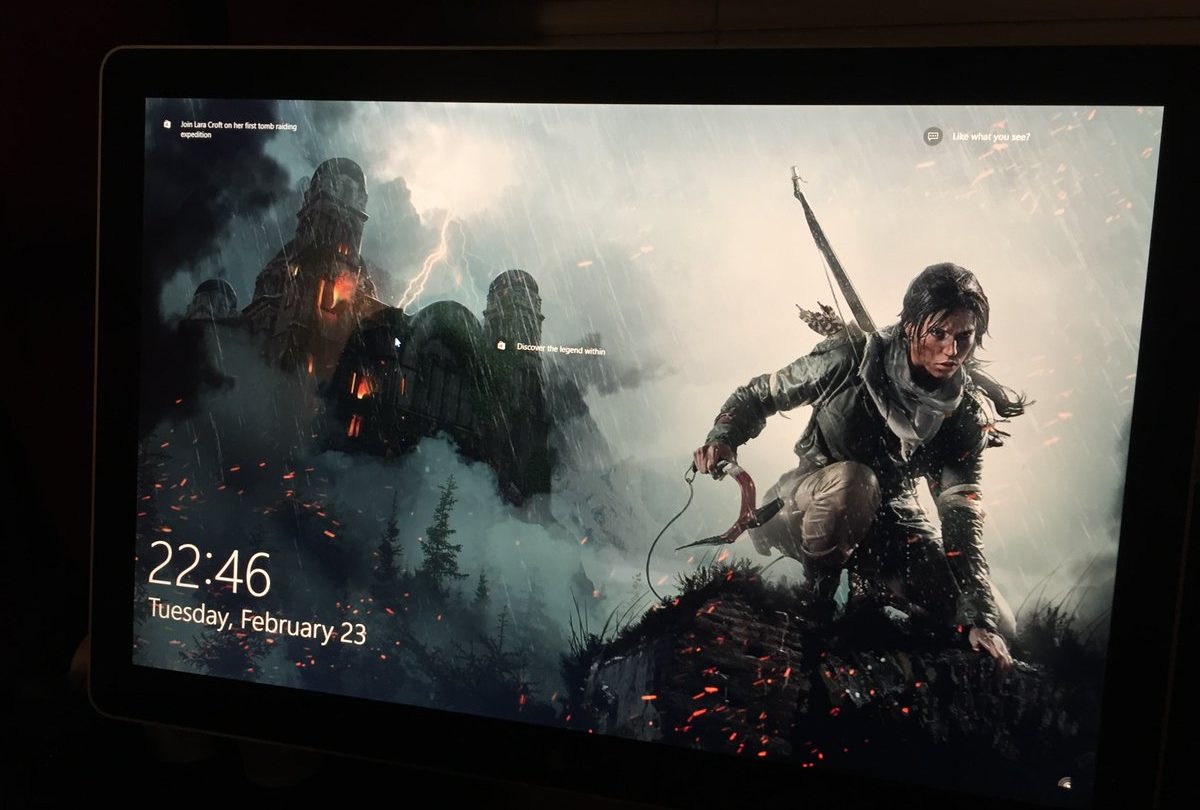 In case you needed more proof that nothing is really ever free, check your Windows 10 computer. It might be showing you advertisements that you didn’t ask for right on the desktop. That’s certainly not the kind of feature you’d expect from Microsoft’s latest and best operating software.

This might be one other key details about Windows 10 that might make the OS unappealing to some users though it’s not as annoying as the Windows 10 upgrade ads that appeared before the update, or the privacy concerns related to the way Microsoft collects personal data with Windows 10.

As Apple Insider notes, some users started seeing ads for the new Lara Croft game, with links to the Windows Store from where users can purchase the new Rise of the Tomb Rider title.

When you’re angry at Mac OS, be thankful that it isn’t shoving a Tomb Raider ad in your face. Thanks, Windows 10! pic.twitter.com/lDaXR8XaRy

The ad was spotted by one Twitter user who captured an image of the lock screen filled with Tomb Raider imagery and the links to the store. This isn’t the first time this happens either. In January, Microsoft pushed similar full-screen ads for the Minions movie, with links to its Windows Store.

By default, ads are tuned on for your lock screen, but there’s a way to turn them off if you so desire – and nobody would blame you if you did. Just go to Settings, Personalization, Lock Screen, and then uncheck the box that says Get fun facts, tips, tricks and more on your lock screen. That’s definitely one clever way to tell customers that they’re in for seeing ads on the screen, without mentioning the word “advertisements.”

Again, this isn’t a life and death matter, and while annoying, it’s understandable why Microsoft would choose this avenue. The company is likely interested in offering companies a different way to reach their customers. And what better way to do so than the lock screen of one of the devices they use most? Secondly, the company seems to be pushing customers to its Windows Store, so the ads might be related solely to digital content that user can purchase from the store.

This also ties in with Microsoft imperious need to move as many people from Windows 7 and Windows 8 to Windows 10. The company is now forcing Windows 10 updates on those users who have not upgraded to the free software, but there are ways to deal with that as well.