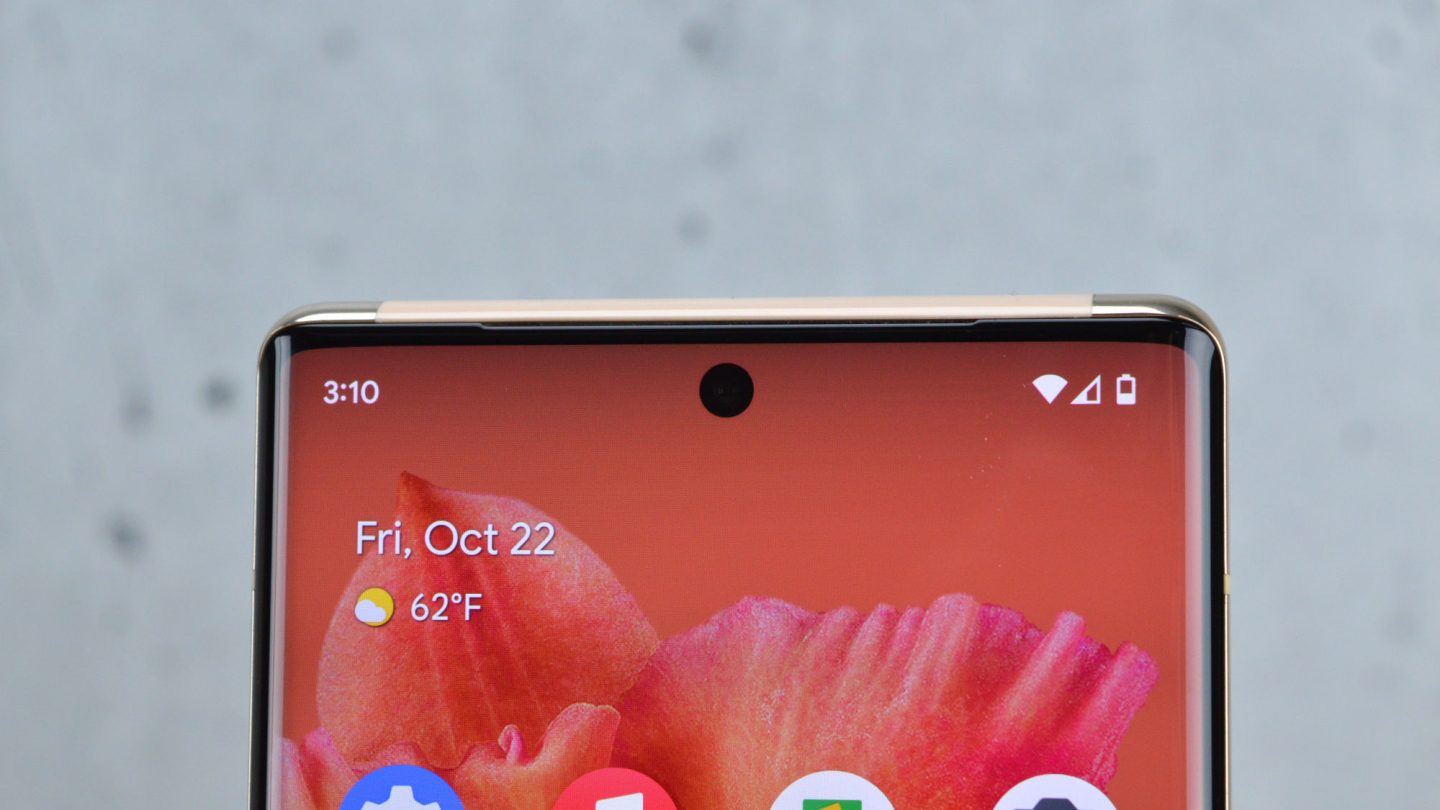 If rumors are accurate, the iPhone 14 Pro will feature a hole-punch display design similar to the latest Android phones. Apple might move some of the Face ID sensors beneath the OLED display, but the iPhone’s infamous notch is getting the boot. Separately, more Android vendors are looking beyond the hole-punch. Under-display camera technology has been available from various smartphone makers, although it’s not quite ready for mass consumption. But Apple is not the only phone maker studying the technology. Google has its own patents that show the company is developing under-display camera technology as well. But will Google’s Pixel 7 series be the first to feature the technology?

Why the Google Pixel 7 is so exciting

Google pleasantly surprised fans with the Pixel 6 this year. Unlike the Pixel 5, the 2021 Pixel is an actual flagship. Also, it comes with Google’s first custom processor and features a great entry price. The one thing that’s not so exciting about the Pixel 6 is that it ran into a bunch of issues that Google still needs to correct.

But the Pixel 6 still represents significant progress from Google, and that makes the Pixel 7 series all the more exciting. While it’s too early to say whether the 2022 Pixels will feature under-display camera technology, Google has certainly been studying it.

Let’s not forget that the Pixels do have a significant advantage over competitors: Google’s camera algorithms. That might be precisely the kind of secret sauce under-display selfie cameras need.

The problem with placing a camera under the screen is that it might not be able to collect enough light for decent selfies. That’s where algorithms come in.

Google’s different approaches for under-display camera tech show that the search giant is looking at ways to preserve the selfie cam performance while offering a full display experience.

Back in May 2021, we saw a Google patent that proposed using a prism selfie camera, seen in the animation above. When the selfie camera is in use, the prism will beam light to the sensor. But most of the time, it’ll reflect an auxiliary display that sits inside the phone, perpendicular to the primary screen.

As with any patents, the discovery isn’t enough to confirm that the Pixel 7 will be Google’s first phone with a full display design. But we will note that Google is certainly producing the documentation that would protect its research for such technologies. Also, there’s no telling whether Google will use this particular type of under-display camera tech in the Pixel 7 or any other Pixel.

That said, there is one interesting detail about this particular innovation. As seen in the image above, Google envisions a Pixel that could feature several camera-related elements under the screen. We’re looking at a light sensor, other unspecified sensors, and as many as two cameras.

What’s exciting about that is that the presence of multiple cameras. Google might resurrect the 3D face recognition feature the company introduced with the Pixel 4. Google’s Face Unlock is on par with the iPhone Face ID functionality, albeit the Soli radar integration was overkill. Thanks to that, the Pixel 4 looked a lot worse than the iPhone’s notch design.

But under-display camera tech could let Google bring Face Unlock back to the Pixel series. It’s too early to tell whether that will happen. Or whether the Pixel 7 will get any of these under-display technologies. But the prospect is exciting nonetheless.