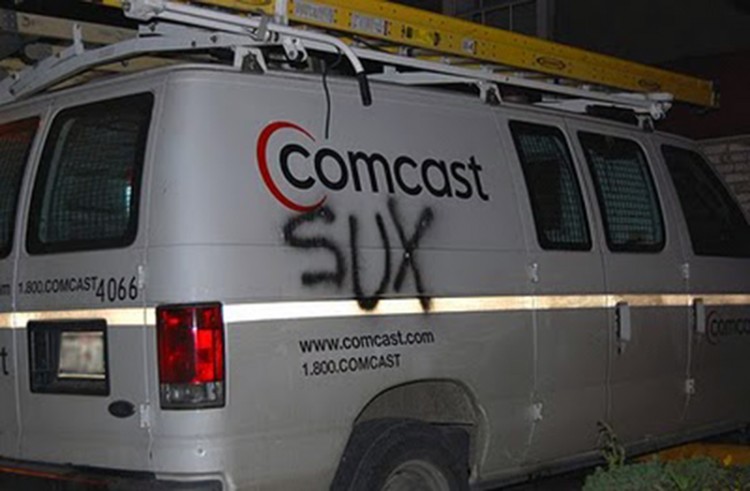 As if there weren’t enough reasons to hate internet service providers, Comcast is giving you a brand new one. The company wants to be able to charge you more to better protect your privacy, or offer you cheaper plans as long as it’s able to sell your data to advertisers. And by data, we mean all of your browsing history, which is something most people go out of their way to guard.

Comcast on Monday met with the FCC to discuss the matter, The Washington Post notes.

“A bargained-for exchange of information for service is a perfectly acceptable and widely used model throughout the U.S. economy, including the Internet ecosystem,” Comcast wrote in a regulatory filing, after meeting the Commission.

And Comcast might not be wrong seeing as others already do it, including competitors like AT&T. The company is one of Comcast’s main rivals and has a special deal on broadband prices for customers who agree to let the carrier track their entire web browsing histories.

But while it might be fine for Google, Facebook, Amazon and others to harvest your personal data to offer you free services or other products in return, having an ISP share all of your browsing data with advertisers might be worrying, even if said data is anonymized.

It also sounds rather counterintuitive to hear an ISP ask you for more money just to guard your privacy, something it should do by default. Unless this is a ploy to simply hike prices and collect more cash in monthly fees to make up for lost revenue. And isn’t it expensive to deploy privacy-breaking technology that tracks and collects huge amounts of data, technology that protects databases containing said data, and technology that serves ads based on browsing history?

Unlike any other company that tracks you online, an ISP can see everything you’re doing, not just data that’s limited to the scope of a site’s cookies. So in time, it could collect a tremendous and frightening amount of information about you, which needs to be hosted somewhere.

The FCC should finalize its privacy rules for ISPs later this year, which will clarify under what terms these companies will be able to sell your data to third parties.