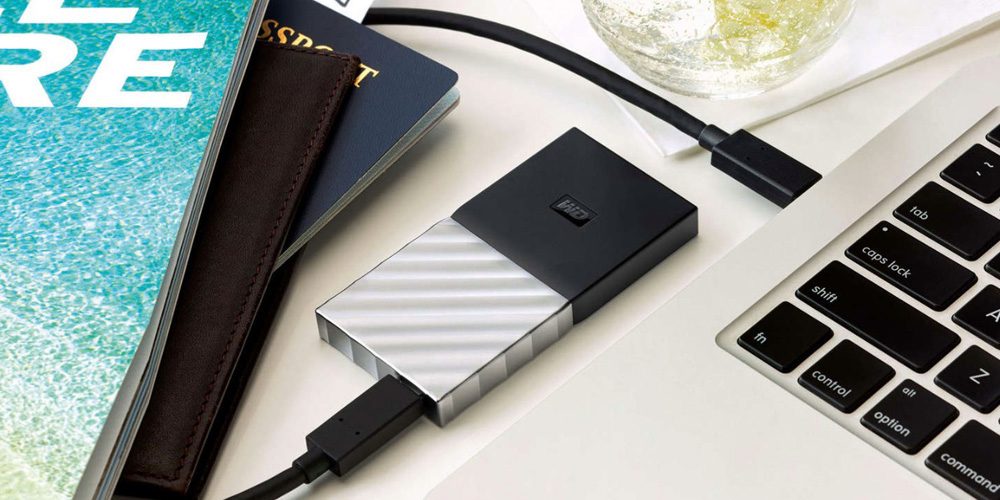 You can already buy Western Digital external solid-state drives under the company’s SanDisk brand. But Western Digital on Thursday announced its first My Passport SSD creation, a sleek and sturdy creation that works with any computer out of the box, including Apple’s USB-C-only MacBook Pro and MacBook laptops.

For your dollars, you get speeds of up to 515MB/s, 256-bit AES hardware encryption and password protection, and built-in WD Backup software.

The drive is also supposed to be very durable when it comes to accidents. The My Passport SSD can withstand 1500G of force and can survive drops of 6.5 feet.

The device features an USB-C port, as you can see in the clip below, and supports USB 3.1 Gen. 2 (up to 10GB/s transfer speeds). The drive ships with an adapter that will let you use it with USB-A ports on older computers, though it features an USB-C to USB-C cable that makes it ready for MacBook use.

The My Passport SSD will be available from Best Buy and other retailers soon, but while you wait you may want to buy Western Digital’s SanDisk SSDs, which are currently on sale on Amazon.