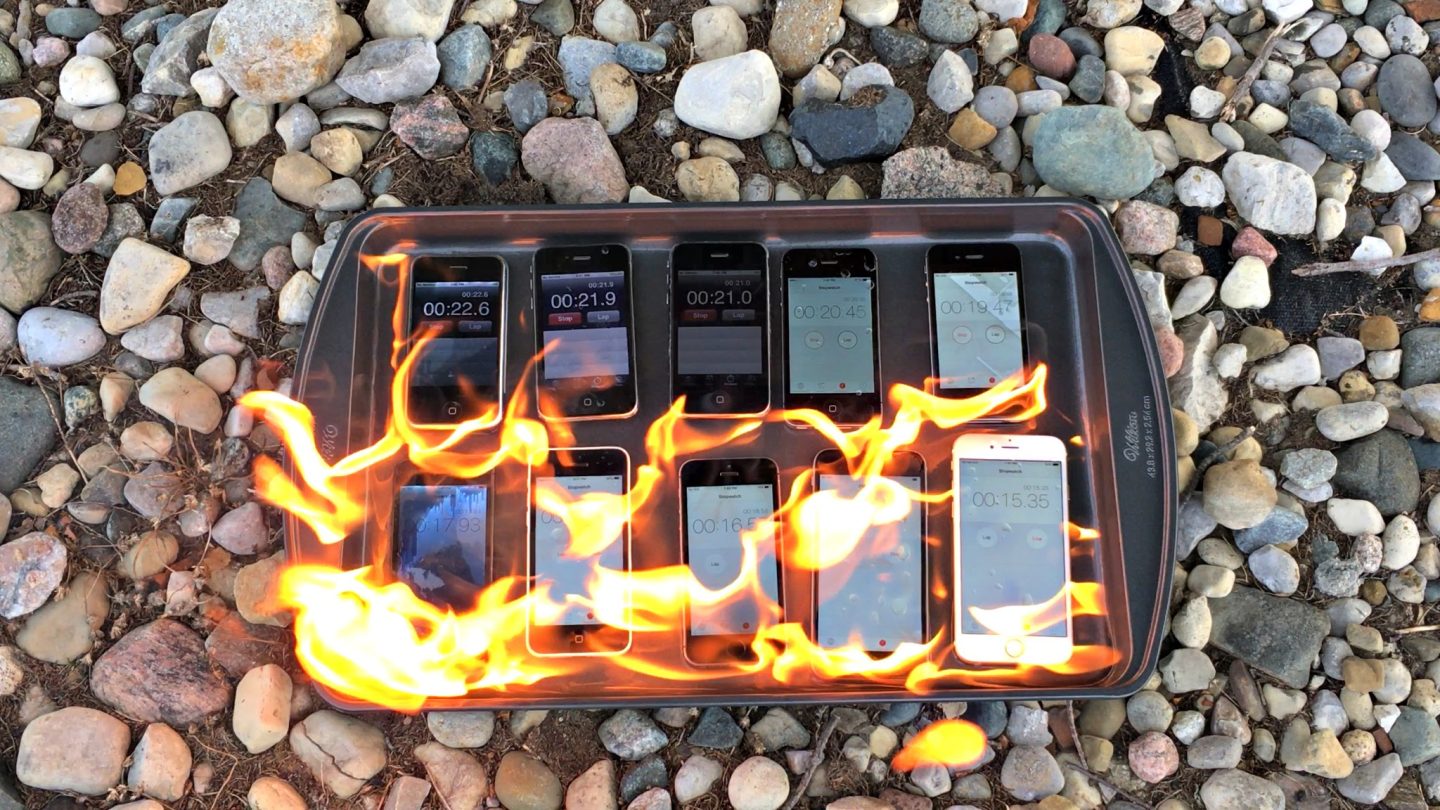 Do you know how many poorly-paid workers slaved in dangerous conditions to build these iPhones? Well, it doesn’t matter. Because now they’re going to burn in the name of YouTube views. And you’re going to watch it, you depraved Western consumer.

Ok, so there is actually 1/10th of an amount of reasoning behind this video. It tests which iPhone is the most fireproof, which would be useful if you frequently play Pokemon Go in burning buildings.

The video was made by Zach Straley, a YouTuber with a penchant for gratuitous smartphone destruction. For this video, he found all ten generations of iPhone, and set them up on a baking tray outside. Gasoline was liberally applied, and a timer started on every phone. Last phone standing wins.

Unlike the waterproofing tests — where newer iPhones do markedly better — the older iPhones seem to withstand the fiery inferno much better. The iPhone 3G hung in there for over two minutes, long after the 6s had expired.

Fireproofing isn’t really a rating that manufacturers work towards. We’re still only just starting to get waterproof phones, which makes a lot of sense — the number of handsets lost to accidental toilet trips is still too damn high. But I’m not really sure how many phones succumb to fire every year (and even if they do, their owners are probably more worried about their houses burning down than their iPhones).