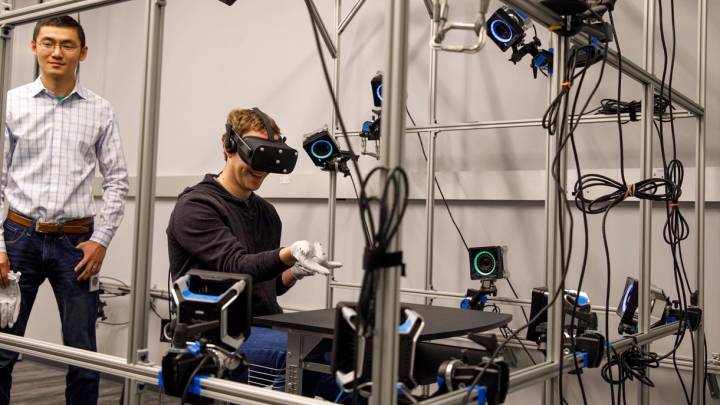 Several VR industry players like Oculus, Microsoft and Valve are part of a new industry consortium that’s getting behind a new USB-C cable standard that will allow headset users to use just a single cord to connect to a PC instead of an annoying tangle of connectors.

The new cable spec is called VirtualLink, and among its benefits is that it “simplifies and speeds up VR setup time, avoiding key obstacles to adoption.” The other nice thing about it is not every desktop comes with a multitude of ports needed for something like a high-end VR headset. Which conceivably allows the user to now enjoy a VR experience with a smaller device, like even a light notebook.

NVIDA, Oculus, Valve, AMD and Microsoft are leading the group behind the VirtualLink effort. Needless to say, the companies involved see this as one more way of hopefully juicing interest among the general public in the promise and potential of virtual reality.

Nate Mitchell, head of Rift at Oculus, picks up on the implication that this new standard should help make VR more of an approachable thing to a wider variety of people. It’s a consolidated connection point, it’s purpose-built for VR and will help “push the industry forward” into its next phase.

Among the VirtualLink details, it connects with VR headsets to simultaneously deliver four high-speed HBR3 DisplayPort lanes, which are scalable for future needs, as well as a USB3.1 data channel for supporting high-resolution cameras and sensors. And it has up to 27 watts of power.

VirtualLink — which was developed by a group of leading silicon, software and headset manufacturers — also optimizes for the latency and bandwidth demands. As Digital Trends points out, one thing important to note is that only future headsets that support USB-C will be able to take advantage of VirtualLink’s single-cable benefit.

“While serious VR and AR experiences will still require more advanced processors and graphics chips, casual PC users won’t need to get HP’s Omen X backpack, for example, to get started with VR,” DT continues. “Given Microsoft’s involvement, it may be just a matter of time before we see VirtualLink crop up on a future Windows Mixed Reality headset.”

This new standard essentially helps you cut the cords. Well, almost all the cords. And just in time, it seems, with the popularity of headsets starting to explode. VR and AR headsets are expected to hit 12.4 million in sales this year, according to IDC, up from about 8 million last year.