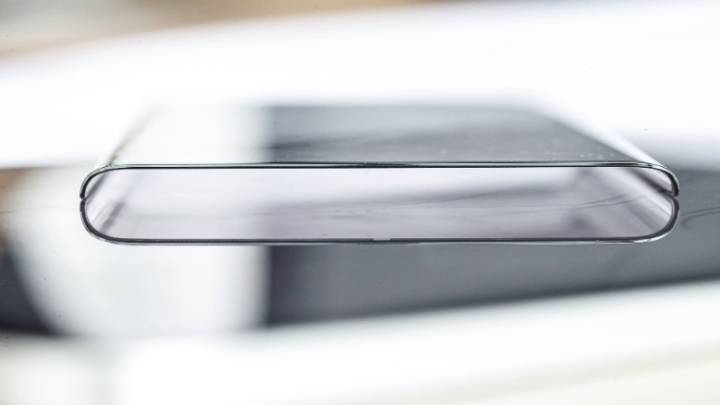 Earlier today, reputed leaker Ice Universe tweeted a photo of what may very well be the Vivo Nex 3 design. The Nex 3, if the photo is accurate, boasts an intriguing form factor with extremely curved sides, ultimately resulting in a device with the “highest screen-to-body ratio” we’ll see all year.

“The vivo NEX 3 is probably the highest screen-to-body ratio phone in 2019,” the tweet notes. “The Screen-to-body Ratio is over 100% based on the “display area/projected area” calculation method.”

The front of the device will essentially be all screen, with Ice Universe noting that there’s no notch a la the iPhone or hole-punch camera a la Samsung devices.

This is the biggest leak today！ This is the screen glass of the vivo NEX 3 (probably the name). It is almost 90° curved, the mirror of glass and glass forms the outline of the phone, it is very symmetrical and perfect. pic.twitter.com/mP5Q1159lA

Now as to how taking selfies would work on the device, recall that the original Vivo Nex S incorporated a clever design featuring a camera module that popped up from the back of the device. In essence, the front-facing camera is there when you need it and completely inconspicuous when you don’t. It admittedly sounds a bit out there, but reviews of the device found the pop-up camera to be surprisingly robust and fast.

Is it possible that the pop-up camera design is a solution to a problem that doesn’t really exist? Of course, but that’s beside the point. In a smartphone market where devices are seemingly indistinguishable from one another, it’s nice to see a company try something creative, if not a little bit “out there.”

All in all, Vivo has made a number of interesting moves in the mobile space in a relatively short period of time. Just last month, for example, the company unveiled a device with 120W fast charging. It’s mind-boggling by every measure and, to put that into context, the battery technology would be able to fully charge a premium smartphone in just 13 minutes and reach a charge of 50% in just five minutes.