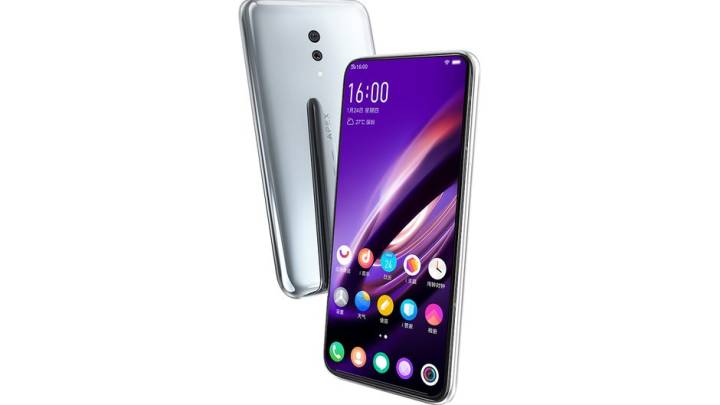 A Chinese smartphone maker whose products you hardly get to see in stores, let alone buy, came out of nowhere on Wednesday with a fantastic smartphone concept that packs features that aren’t available on any competing device this year, be it an iPhone XS or a Galaxy S10. But that phone packs 2018-grade hardware, and the smartphone of our dreams doesn’t deserve any sort of compromises. The good news is that there’s another Chinese smartphone maker whose products you probably can’t buy right now, who came up with an even better alternative, a high-end smartphone design, unlike anything the competition, including Apple and Samsung, are doing.

Called the Vivo Apex 2019, the phone was previously teased as The Waterdrop phone. Vivo unveiled the concept on Thursday, but, before you get too excited about it, you should know it has no release or price.

Like the Meizu Zero that we saw the other day, the Vivo Apex 2019 has no buttons, no ports and other openings whatsoever. But the Apex packs 2019 hardware, including a Snapdragon 855 processor and 5G connectivity. Moreover, the device should feature 12GB of RAM out of the box, and 256GB and 512GB storage options.

Also, the Apex 2019 features a sleeker design, with minimal bezels and no notches. The Zero, meanwhile, has noticeable bezels including one on the top where a selfie cam is placed. The Apex doesn’t have a selfie camera which is a strange decision. In-display camera tech isn’t available for the time being.

Like the Zero, the Apex 2019 features a bunch of exciting technologies, including in-display sound that turns the screen into a giant speaker. The fingerprint sensor is also placed under the screen, but this time around users will be able to press almost anywhere on it to unlock it. That’s a significant improvement over previous in-display fingerprint-scanning technology, and a solution that wants to make Face ID-like face authentication forgotten — remember, there’s no selfie cam on this one, so you don’t get facial scanning of any sorts.

Other novel technologies concern the physical buttons and battery charging. The Apex 2019 only has the virtual kind of buttons. The phone has capacitive touch and pressure sensors built into the edges of the curved glass, VentureBeat explains, allowing it to register touches and button presses along the edges.

On the back, meanwhile, the phone features the only design compromise the ruins the beauty of this concept, a unique magnetic power connector, the MagPort, which is used for magnetic charging.

Here’s a brief video hands-on with the handset:

It’s unclear if Vivo will want to sell the Apex 2019 in the near future, but the company is certainly making a bold statement with this concept, that it has what it takes to try to outmaneuver its biggest rivals, including Apple and Samsung.

The Apex is almost the phone of our dreams, save for the two apparent compromises — no selfie/Face ID support, and the MagPort connector — and chances are that other smartphone makers are working on similar technology. We do know from Apple’s extensive collection of patents that the company wants to create the perfect iPhone, a device that will have no buttons or ports. But Apple doesn’t do concepts, like Vivo or Meizu.