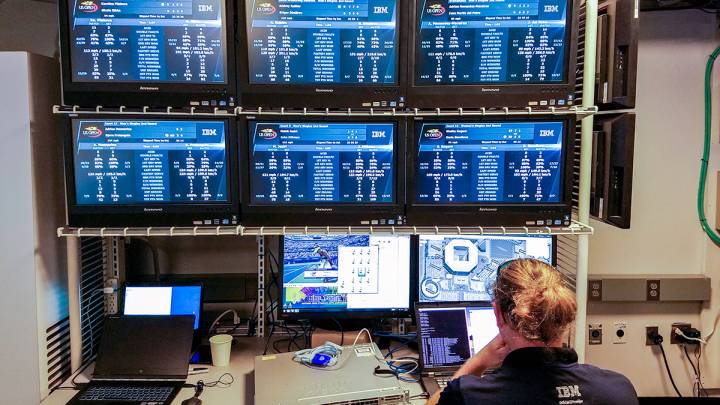 Excitement abounds on and off the court at this year’s US Open, where fans enjoyed an all-American women’s semifinal round on Thursday evening for the first time in 36 years. Advancing to the finals are Madison Keys and Sloane Stephens, who becomes just the fourth unseeded woman in US Open history to reach the finals. The two will compete on Saturday for a record $3.7 million prize, part of the Open’s $50 million purse, the tournament’s highest ever payout. Rafa is racing toward his sixteenth Grand Slam singles title on the men’s side, where fan-favorite Juan Martín del Potro stands in his way in Friday night’s semi. Delpo, fresh from upsetting Roger Federer in Wednesday’s quarter-final match, will look to topple both Federer and Nadal in the same tournament for the first time since the 2009 US Open, where he won his first and only Grand Slam title.

But there are also big things happening behind the scenes at the Open this year, and BGR was invited by IBM earlier this week to take a peek behind the curtain. 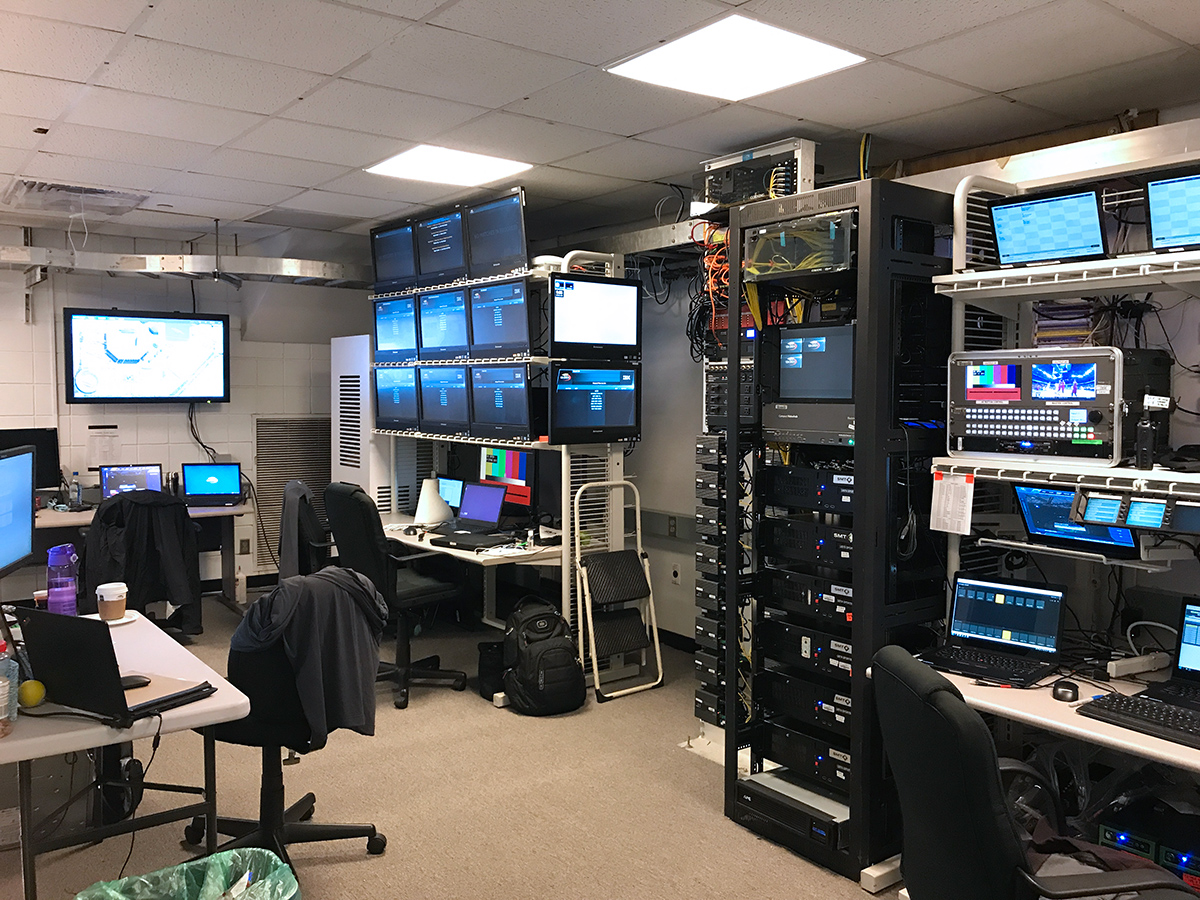 If not for the IBM ads that air during commercial breaks as ESPN broadcasts this year’s tournament, viewers might have no idea that IBM is even involved. But the company is indeed playing a major role at the US Open in 2017, making possible several of the key elements of the very broadcasts fans have been watching on TV and on social media sites.

IBM has been the USTA’s official technology partner for more than 25 years, but the 2017 US Open marks the first year that IBM is using a new breed of Watson technology to enhance the fan experience during the tournament. Dubbed IBM Watson Media, this new tech uses artificial intelligence and machine learning along with a combination of on-site and cloud-based computing to automatically generate compelling highlight videos.

IBM calls the new feature “Cognitive Highlights,” and it joins the laundry list of tasks already entrusted to Watson; examples include collecting and analyzing stats to feed information to broadcasters, actively monitoring the US Open website to defend against security threats, and as scaling up to accommodate the dramatic increase in web traffic before and during the tournament. 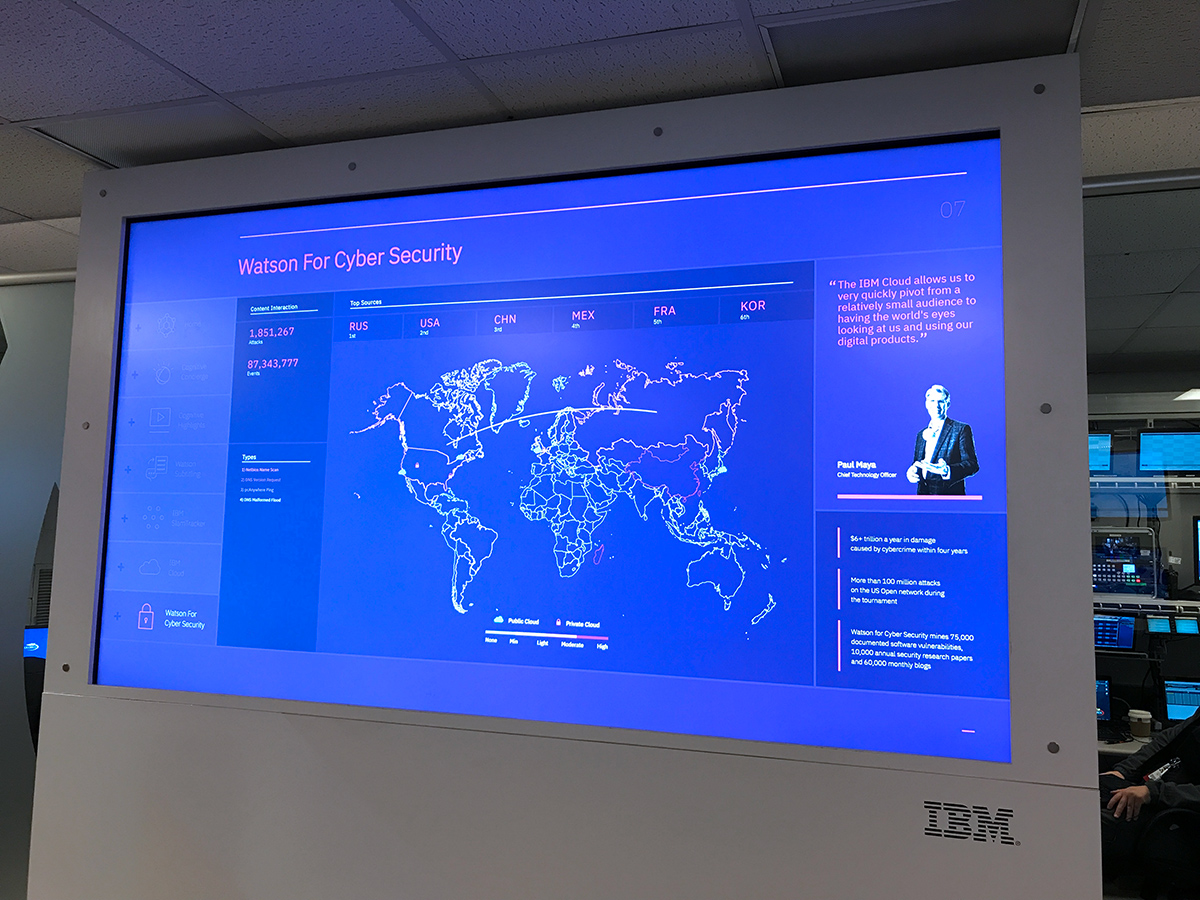 “The US Open is packed with so much action across so many courts that even the fastest video team is challenged to keep pace with what’s happening,” IBM VP of Sports & Entertainment Partnerships Noah Syken said. “To meet that challenge, Watson is now watching the matches alongside the USTA to help bring fans closer to the best moments across the courts shortly after they happen. We’re seeing this technology come to life through tennis, but the entire IBM Watson Media portfolio has the potential to impact many industries.”

Watson Media’s Cognitive Highlights feature uses AI to analyze players and the crowd in real-time in order to determine excitement levels. During the tournament, the system has been monitoring seven different US Open courts and analyzing things like point duration, distance travelled by the players, ball speed, and the volume and duration of crowd cheers at the end of each point in order to assign it an “overall excitement” score. Even things like a player’s facial expressions and gestures like fist pumps are taken into account. All that data is the processed by Watson, which can then recommend and package highlights in the US Open app and on the USTA Facebook page. 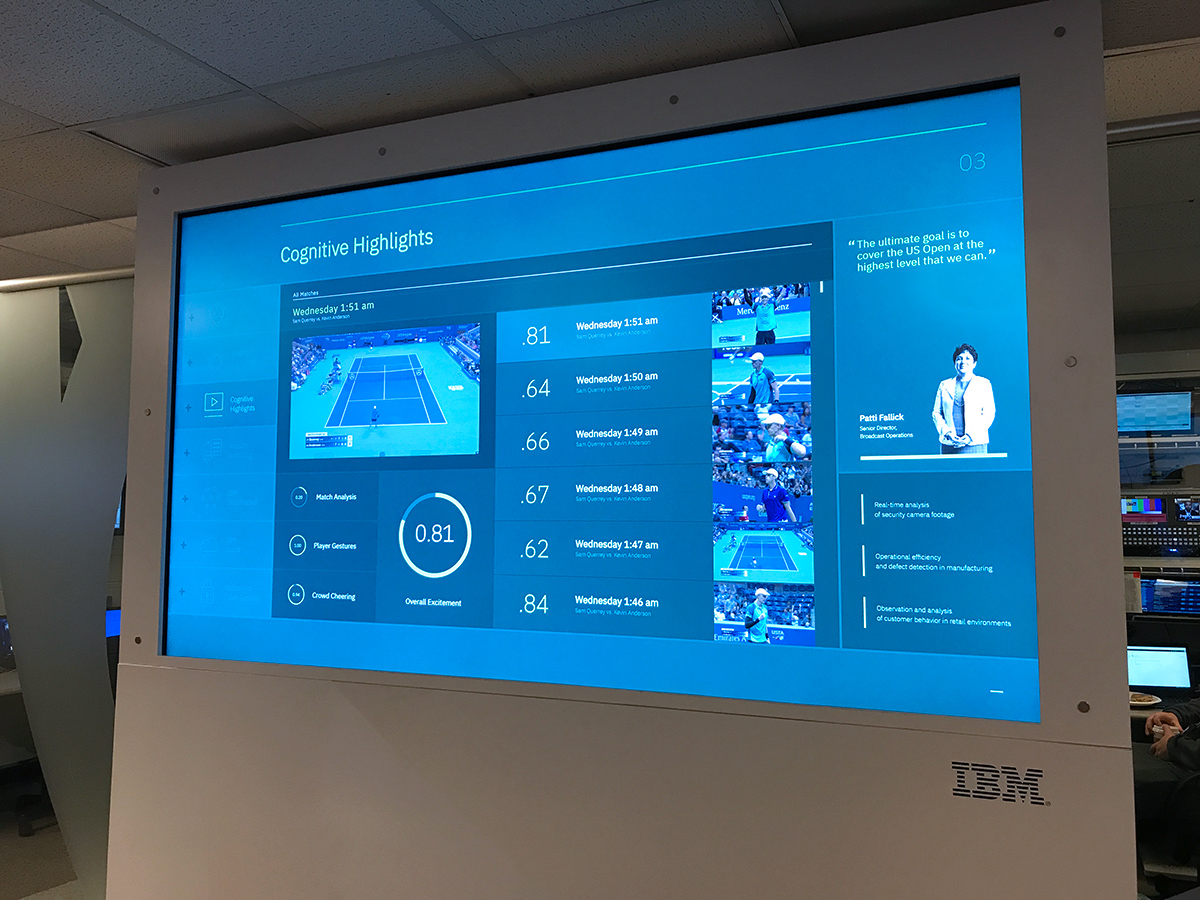 Cognitive Highlights are just the latest addition to a long list of Watson’s capabilities that are utilized at the US Open. On-air broadcasters are fed stats and other data from Watson to help with commentary, for example, and the US Open mobile app uses Watson to guide fans before and during their time at the Billie Jean King National Tennis Center. In fact, there’s even an AI-powered concierge bot in the app that fans can chat with using natural language.

“An afternoon or evening at the US Open, especially for first time visitors, has really never been easier to enjoy,” said Kirsten Corio, the USTA’s digital strategy head. “Watson’s capabilities within the US Open app will help our fans plan ahead, move around the grounds at their own pace, and always know where they are and where they want to go.”