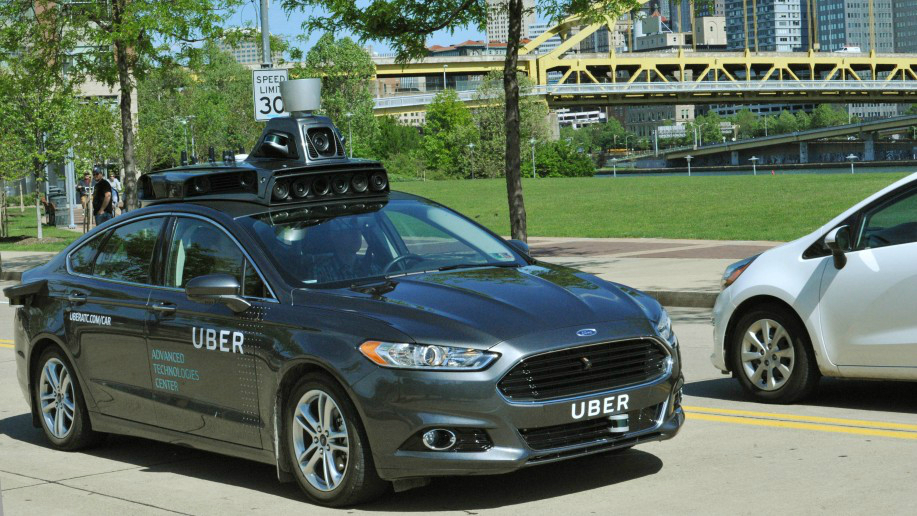 Remember when Uber CEO Travis Kalanick said that Uber rides can be expensive because you’re paying for the “other dude in the car,” hinting that self-driving car technology would make the taxi-alternative service even cheaper? Well, Uber is indeed working on self-driving cars of its own, and we now have our first look at the company’s progress.

Testing started in the city a few weeks ago, the Tribune-Review says.

“While Uber is still in the early days of our self-driving efforts, every day of testing leads to improvements,” the company said. “Right now we’re focused on getting the technology right and ensuring it’s safe for everyone on the road — pedestrians, cyclists, and other drivers.”

The Ford Fusion hybrid has various gadgets on the roof that’ll help it collect mapping data and drive itself around without the aid of a human. The system includes radars, laser scanners and high-resolution cameras. The sensors can help the car see more than 100 meters in all directions, the newspaper said. A trained driver is in the driver’s seat at all times to monitor the system, and there have been no crashes since testing begun.

A reporter from the Tribune-Review took a ride in the car, making him the first member of the media allowed to test drive the prototype. “The car will accelerate, brake, steer and perform other basic functions on its own,” the reporter wrote. “It switches out of self-driving mode with a loud beep if its sensors detect a car swerving into its lane, or it encounters something it does not recognize or know how to negotiate.”

He continued, “The driver can take control of the car at anytime. The car’s sensors detected parked cars sticking out into traffic, jaywalkers, bicyclists and a goose crossing River Avenue.”