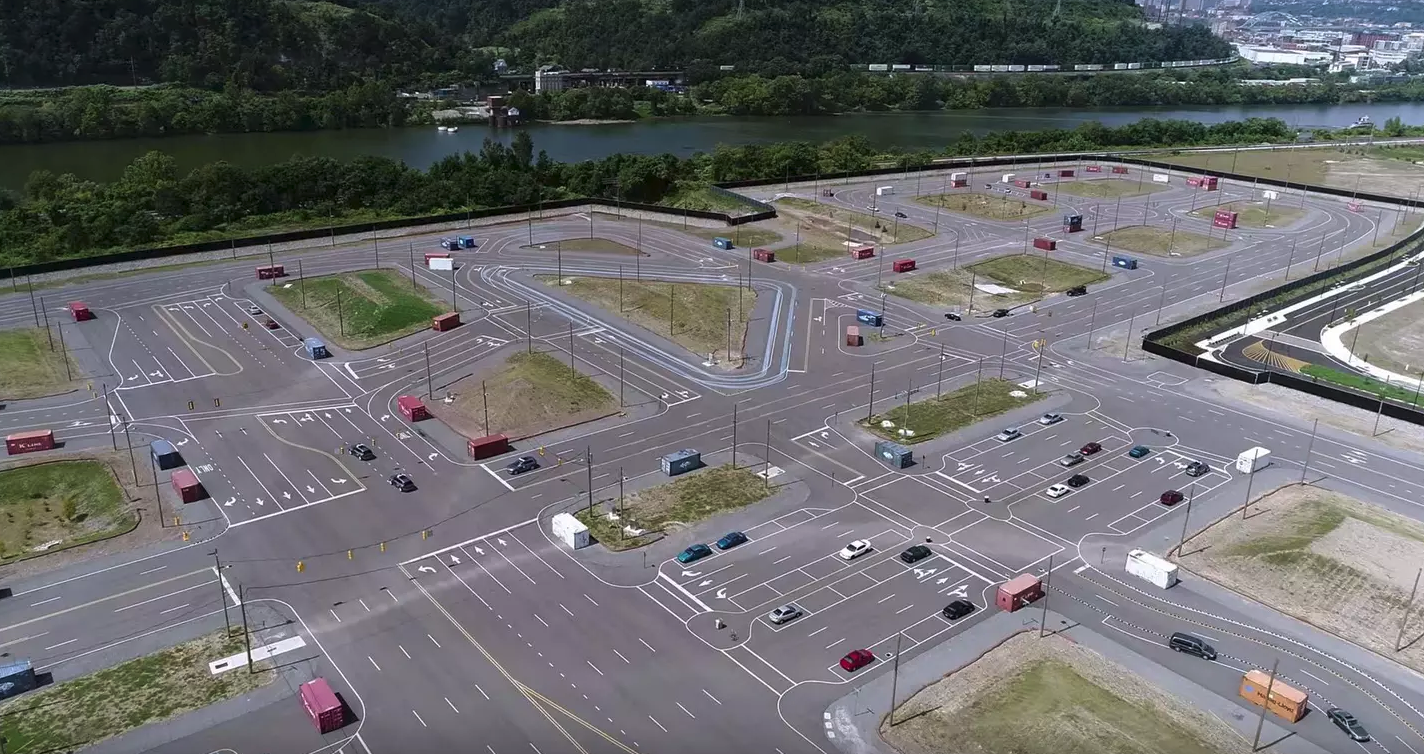 It’s no secret that Uber’s ultimate end goal is to convert its fleet of human-driven on-demand chauffeurs to a fleet of AI-driven driverless taxis, but the race for true autonomous driving tech is still ongoing. Google, Tesla, Apple, and others are working on the very same thing, and to help Uber keep pace with the competition it decided it needed a serious testing facility. To that end, it built a 42-acre fake city in Pennsylvania, and it’s quite a sight to behold.

The location, called Almono, is packed with a complex grid of streets, stoplights, tricky intersections, and other vehicles that Uber’s self-driving Volvo test vehicles have to make sense of. There’s even faux pedestrians in the form of mannequins that behave erratically, testing the self-driving AI’s reflexes in the same way a real pedestrian might.

Like some kind of an autonomous vehicle gauntlet, the “city” is a tightly condensed collection of all of the most challenging aspects of navigating a real city. Four-lane intersections with complicated turning rules that could confuse even some human drivers are sandwiched between strings of stoplights, while carefully placed shipping containers provide visual obstruction. It’s the most hellish stretch of pavement imaginable.

Uber’s been working on its autonomous vehicle tech for a while now, but it’s run into plenty of speed bumps along the way. The company’s management shakeup sent ripples of uncertainty throughout its ranks, while a highly publicized legal battle with Google-owned Waymo over autonomous vehicle trade secrets continues to dominate headlines.