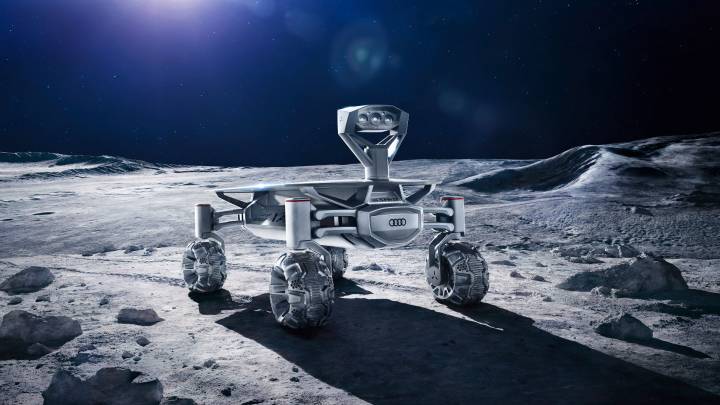 The Apollo 17 landing site is the last place where humans hung out on the Moon, and now we’re going back. Well, not us exactly, but a couple of fancy robots may soon get the chance to cruise around the historic landscape and check out all the junk we silly meat creatures left behind.

PTScientists, a Berlin-based group, is teaming up with private launch company Spaceflight in a contract that would send a rover-toting lander to the Moon. But sending robots to the moon isn’t the team’s only aim; there’s also the matter of winning Google’s Lunar XPRIZE.

PTScientists are one of 16 teams currently vying for a chunk of Google’s massive prize purse. The winning team will secure $20 million for their cause, while second place and any bonus prize winners will each receive a still significant $5 million. In order to remain in the race, each team has to secure a valid launch contract — like the one PTScientists just signed with Spaceflight — and have it verified by Google.

To date, just a handful of teams have made it to that step, and the December 31st deadline is creeping ever closer. Then, to be declared a winner, the teams have to complete their missions — using a minimum of 90% private funding — by the end of next year.

PTScientists, in partnership with Audi, plan to land a pair of rovers in the neighborhood of the Apollo 17 landing site, at which point they’ll conduct experiments as well as attempt to get an up-close look at how NASA’s equipment has withstood the ravages of time.