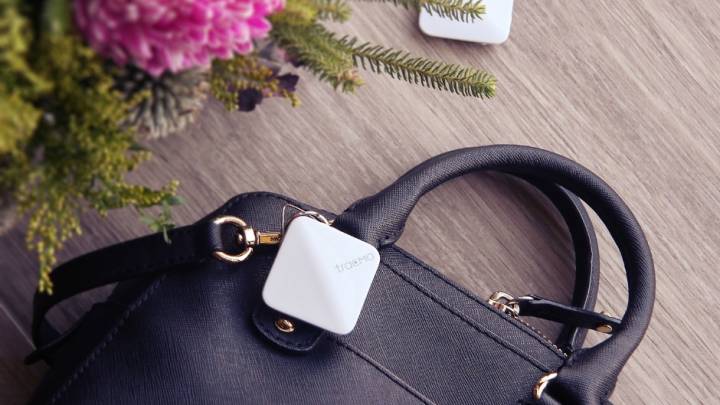 Over the past couple years, Bluetooth trackers like Tile have become immensely popular with people like me who struggle to keep track of keys and phones. The concept is simple — a small tag that attaches to keys (or anything else) and can be pinged from your phone to help you find it.

Over time, the system has grown better, with longer battery life and more features like community searching for things lost outside your house, and reverse finding that lets you use the Tile to find your phone. But two big limitations have remained: the range of the Bluetooth connection, normally 20-30 feet; and the non-replaceable battery that means you have to shell out for a completely new Tile ever 18 months.

That’s where Bluetooth 5 and Tracmo come in. Bluetooth 5 is the latest version of the standard that you know and probably love/hate, and it brings some major improvements like better battery life, faster data transmission, and vastly improved range. Tracmo should be the first tracker to bring those benefits to the mainstream.

It’s a Tile lookalike that’s on Indiegogo right now, selling for $14 currently with delivery expected in February next year. I’m normally hesitant to recommend any crowdfunded campaign, but I’ve been using a pre-production unit for the last fortnight, and it lives up to the hype.

Testing with an iPhone 7, the benefits of Bluetooth 5 — range and battery life — aren’t apparent, but every major phone going forward should support Bluetooth 5, and Tracmo works fine with Bluetooth 4 in the meantime. The device takes all the benefits of Tile and makes them a little better. You’ve still got a button on the tracker to ring your phone, and the speaker in the tracker itself is louder and easier to find if your keys are locked in a closet. I’m also a big fan of the replaceable battery, as I’m not a fan of repeatedly giving Tile money just to keep the same device running.

It’s not perfect: it’s physically thicker than a new Tile, and I’m not a huge fan of the design of the keychain hole. But even in unfinished prototype form, I think it looks better on your keys than a Tile, and it certainly works better.

If you’ve got an Android phone that’s set to be upgraded to Bluetooth 5 shortly (or you’re planning on buying an iPhone 8), I’d say speculatively spending the $14 to get a Tracmo now is a sound investment. If you just want a no-fuss tracker that will be delivered sooner than February, there are still better options out there.