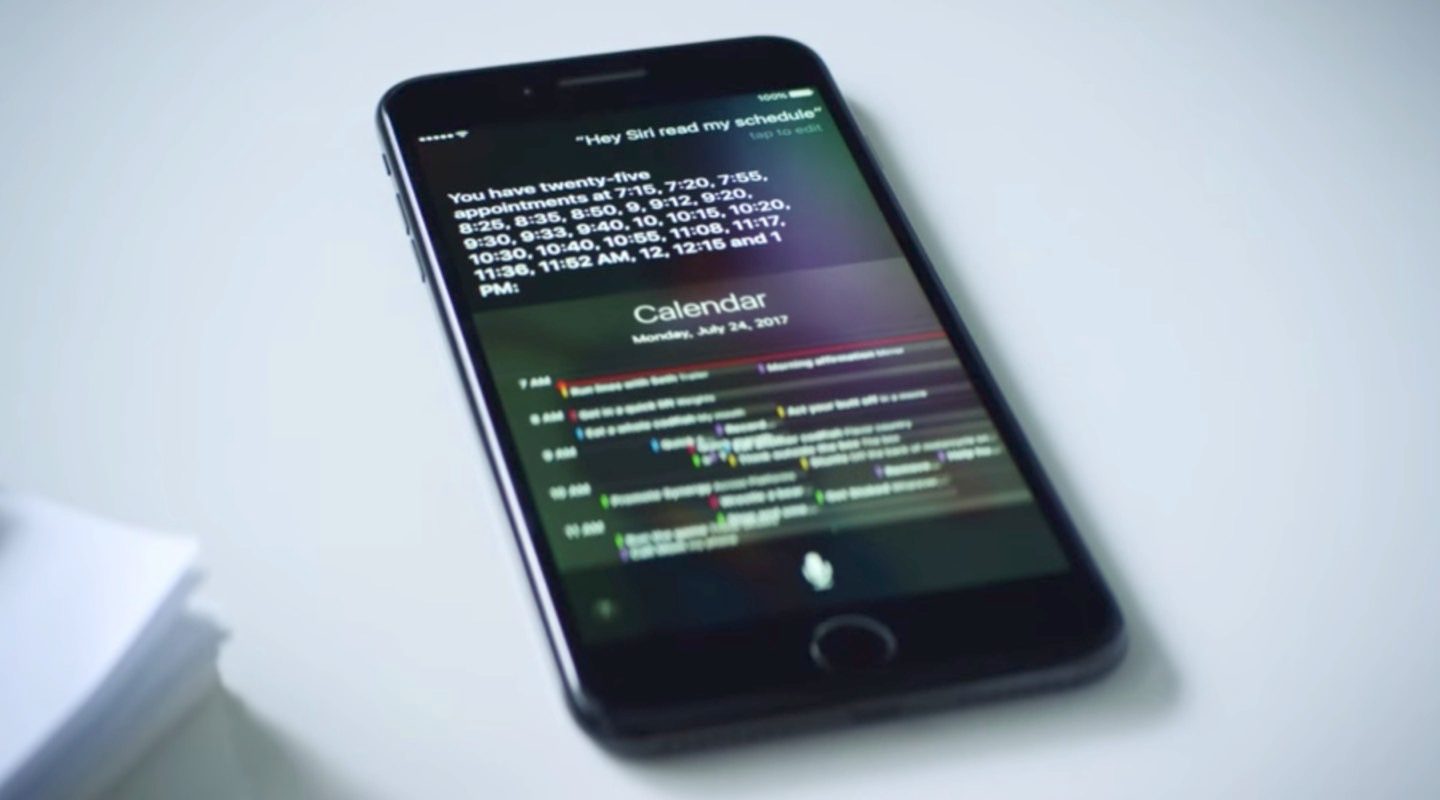 It looks like Apple really, really, really wants you to acknowledge Siri. Apple wants you to know it exists on the iPhone and it can do wonderful things as soon as you ask for help. Oh, and this completely over the top Rock and Siri ad seems to suggest Apple is somewhat afraid and/or annoyed with the increasing popularity of Amazon’s Alexa.

We’ve seen a ton of Apple commercials for Siri so far, and starring plenty of celebrities. But none of those ads got the same type of “movie” treatment.

It all started on Twitter where The Rock teased a “movie” starring him and Siri.

Teamed w/ @Apple to make the biggest, coolest, sexiest, funnest (is that a word?) movie ever. Drops TOMORROW!#ROCKxSIRI #DominateYourDay✊🏾 pic.twitter.com/STwlCPsVUh

People started wondering what this strange Apple and Dwayne Johnson partnership really is, and The Rock quickly confirmed it’s just an ad campaign for Siri:

But unlike previous ads for Siri, it’s likely you won’t see this one on TV, at least not in its current form. The clip is almost four minutes long, well above the usual 30-second TV ads you’d expect from Apple.

However, you’ll find “the movie” on Apple’s YouTube blog where it was already posted:

Before you ask, yes, this is your regular action-packed-with-some-humor The Rock movie that you expect. We know it’s a movie because it’s okay for Johnson to hijack cars and planes without having to suffer any consequences. But, most importantly, we know it’s not real life because Siri comes with 100% accuracy. Even in space. Sure, Siri is a lot better than it used to be, but it’s far from perfect.