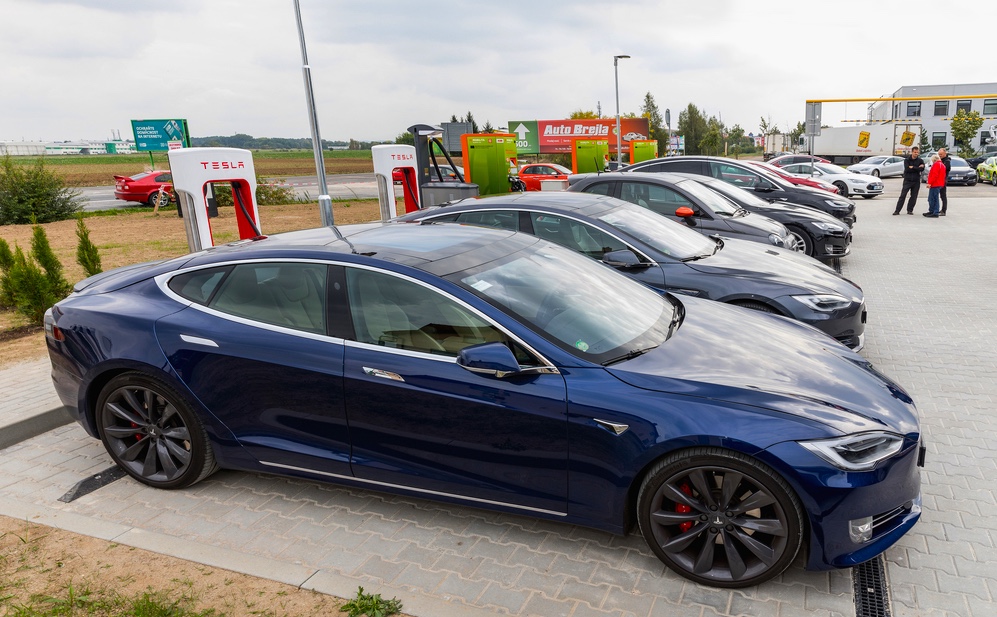 As part of a new “Fair Use” policy, Tesla’s new rules prohibit Tesla drivers from juicing up at Supercharger stations if they use their car for a commercial purpose. The new policy will obviously have a huge impact on Tesla owners who use their car either as taxis or ride-sharing vehicles for companies like Uber. Tesla notes that any cars found to be in violation of the new policy may be blocked from using Supercharger stations altogether if ongoing abuse is detected.

Tesla’s new guidelines stress that the company’s Supercharger stations are designed for “personal long distance travel” where access to a charging station is otherwise impossible or inconvenient. “When Superchargers are used beyond their intended purpose,” Tesla writes, “it negatively impacts the availability of Supercharging services for others.”

It’s worth noting, though, that Tesla’s new guidelines only apply to vehicles purchased after December 15, 2017. In other words, if you purchased a Tesla before the cut-off date, Tesla will grandfather you in.

If you charge your vehicle in a manner that does not comply with this Supercharger Fair Use Policy, we may ask you to modify this behavior. We may also take additional action to protect the availability of Superchargers for their intended purpose, such as limiting or blocking your vehicle’s ability to use Supercharger stations.

This Policy applies to all Superchargers worldwide and all Tesla vehicles purchased, either new or used, whether from Tesla or a third party, after December 15, 2017. Tesla may choose to exclude certain Supercharger stations or occasional trips from the scope of this Policy, such as to accommodate specific local circumstances.

As a point of interest, Tesla currently has 1,045 Supercharger Stations across the globe with 7,496 individual Supercharger stalls.