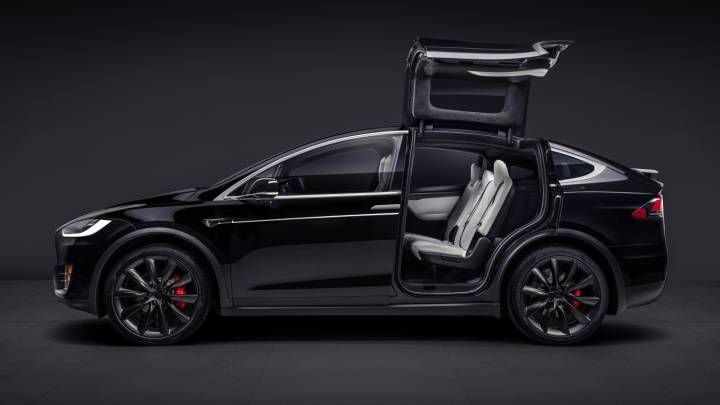 Tesla is the most talked-about car company for so many reasons. What began as a small startup has grown into a massive company with a larger market cap than BMW. Tesla has completely reshaped the global automotive landscape, forcing every major car company to accelerate its plans for electric vehicles.

I’m a big fan of Tesla as a company and I love what it’s doing to the auto industry right now. Tesla is changing the world. Full stop. But to be honest, I’ve never personally been a big fan of Tesla’s vehicles. As someone who has always had an affinity for German cars, Tesla’s styling was never to my taste. And the interiors… eesh. Modern Teslas are marvels when it comes to technology and performance, however, and I decided it was high time for me to see how far Tesla has come in the four years since I last drove one of its cars.

So, I headed down to Tesla’s Chelsea showroom in lower Manhattan late last month and drove away with a Model X P100DL.

I’ve tested a number of different cars lately as BGR ramps up its auto coverage, but the Model X was by far the most fun. It’s not just that the car was a blast to drive thanks to insane acceleration and terrific handling. It’s also not solely due to all of the groundbreaking technology Tesla baked in. I enjoyed it so much because in order to wrap your head around the product that Tesla sells, you have to completely change the way you think about cars.

Tesla’s vehicles are unlike anything else on the road right now. Yes, they’re electric, but it’s much more than that. Tesla is not a traditional car company and it’s difficult to compare its vehicles to other cars. Teslas are expensive, but they’re not luxury cars at all. They’re computers on wheels. When you pay for a Tesla, you’re not paying for the same things you pay for when you buy any other car.

It’s something of a head trip when you first sit in a $150,000 car with interior fit and finish that’s on par with vehicles that are eight or nine times less expensive. The leather is borderline offensive, seams often don’t align properly and there was even some bulging on the steering wheel, and there’s a veritable symphony of rattles and creaks that can be heard anytime the car is moving. But you know what’s an even bigger head trip? When you realize your car never has to visit a gas station again, can be updated with new features remotely, has the acceleration of a $2,000,000 super car (literally), and can drive itself.

I have far too much to cover after spending a week with the Model X to fit everything into one article, and I’ll elaborate on the thoughts above over the coming week or two. To start things off though, I want to dive into the first thing that struck me when left Tesla’s showroom that day. But first, some quick background.

New Jersey is the most densely populated state in the United States, and Bergen County is the most populous county in New Jersey. That’s where I live. When I’m not in Bergen County I’m mostly likely in Manhattan, which is… Manhattan. Long story short: I’m always in traffic. And I really, really hate traffic.

Even people who have never visited New York City likely know that congestion is a huge problem there. At times, my area of New Jersey isn’t much better. Trying to get anywhere is a fool’s errand on a Saturday afternoon as tens of thousands of cars bounce from shopping center to shopping center. If you’re like me and you hate traffic, it’s nothing short of a nightmare.

That brings us to November 29th, the day I picked up a Tesla Model X P100D with Ludicrous mode. As someone with a lifelong love of driving really, really fast whenever possible (and safe to do so), the car’s storied acceleration was definitely the one thing I was most looking forward to. Little did I know that being forced to drive slowly would be equally impressive.

After being taken through the car’s features with one of Tesla’s customer experience specialists and going on a test drive to learn how to use some of the car’s key tech, I pulled away from the showroom to head back to my home in New Jersey. The showroom is only a few blocks from the West Side Highway, and I was definitely looking forward a spirited drive home. Then, of course, I got a reality check as soon as I actually got on the highway: Bumper to bumper traffic as far as the eye could see.

After a few moments of frustration, I decided it would be a great opportunity to try Autopilot for the first time. It was incredible.

Tesla’s Autopilot solution is useful in a number of different scenarios. It uses a combination of cameras, ultrasonic sensors, and radar to control acceleration, braking, and steering, guiding you down the road on its own. Autopilot is available just about anytime the car’s sensors can “see” lines on either side of your lane, or a center line and a curb. It certainly has appeal in a number of different situations, but for me Autopilot shined brightest in traffic.

I spent about 20 minutes stuck in stop-and-go traffic as soon as I drove away from Tesla’s showroom that day, and I loved every minute of it. Me… the guy who’s constantly surrounded by traffic and who has hated every second of it since he first got his driver’s license. It was beyond strange.

The Model X’s Autopilot feature drove me through that traffic jam for 20 minutes without a hitch. It was fantastic. Traffic is actually the perfect scenario for Autopilot. I found that Autopilot’s driving on open roads felt a lot like a young teenager who just got his or her license.

Autopilot steering is often jerky as the car’s sensors pick up new data, and it tends to get confused fairly regularly. It’s especially erratic on local roads, where painted lines vanish quite often. There was one point during my testing where the car was going up a slight incline and around a curve, and the double yellow line broke so that people could turn onto a cross street. The car’s sensors couldn’t see ahead since there was an incline, and it actually began to steer the car into the opposite lane. I saw that there was no oncoming traffic so I intentionally let the car make the mistake to see what it would do, but under normal circumstances I obviously would’ve taken control of the wheel much earlier; flashing lights and beeping alert you when Autopilot starts to get confused.

Tesla spends time with owners who purchase the Autopilot package to ensure they’re well aware of the system’s capabilities and, more importantly, the system’s limitations. This is obviously quite important since the technology is still so young. Even in its current state though, I was completely blown away by its performance in that first traffic jam.