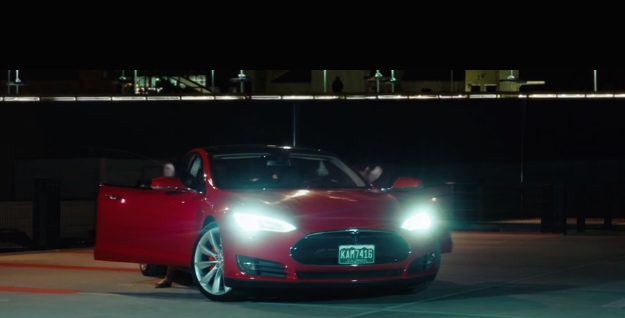 While most car companies have no problem with spending small fortunes on TV and print ads, you might have noticed that adverts for Tesla are conspicuously non-existent. This is no accident, nor is it surprising. With Tesla hoping to reach a manufacturing capacity of 500,000 cars by 2020, the company needs to pour every spare dollar it has into infrastructure and R&D.

In fact, throughout the company’s entire existence, the company has not ever — not even once — paid for a single piece of advertising. Not that it matters really, Tesla owners are incredibly passionate and vocal enthusiasts who effectively serve as unofficial yet effective and knowledgable brand ambassadors.

So if you want to see a Tesla commercial, you pretty much have to make one yourself. Which is exactly what award-winning commercial director and cinematographer Manuel Enger decided to do. We don’t want to spoil the fun for you, but we can honestly say that Enger’s work here flows more like a slickly produced movie than a commercial.

The entire video itself is just about one minute long and is well worth checking out. And if you need any incentive to watch, it’s fair to say that Tesla would never officially approve of or release an ad like this, even though you know Elon Musk would secretly love it.

And you’ve got to love Enger’s attention to detail here, with the clown mask and all. An A+ job all around. Only nitpick: would have been nice to see a Richard Nixon mask in there a’la Point Break.

And for anyone interested, this isn’t the first time we’ve seen an unofficial and intriguing Tesla ad hit the web. This past January, filmmakers Adan and Nathan Freise created this gem of an ad.