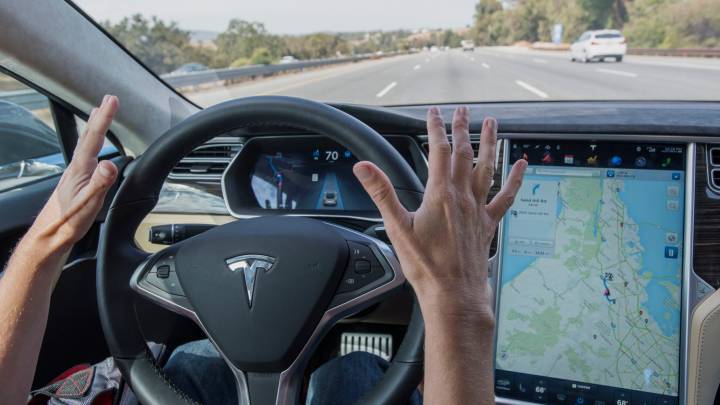 Once self-driving cars take over, you’ll be able to do plenty of other things while sitting behind the wheel and waiting to get to your destination. You could sleep, work, watch TV, and plenty more. However, one Canadian expert is concerned about one other distraction when driving in semi-autonomous and fully autonomous cars: Sex behind the wheel.

“I am predicting that, once computers are doing the driving, there will be a lot more sex in cars,” Canadian Automated Vehicles Centre of Excellence’s Barrie Kirk told the Toronto Sun. “That’s one of several things people will do which will inhibit their ability to respond quickly when the computer says to the human, ‘Take over.'”

Canadian authorities are worried that drivers will ignore paying attention to the driving part when it comes to cars that have self-driving abilities. Systems such as Tesla’s limited Autopilot feature aren’t fully autonomous, meaning they should be used with the driver ready to pick up manual control on a whim – Volvo recently blasted Tesla for its Autopilot that will disengage in situations where it can’t determine the course of action.

“The issue of the attentive driver is … problematic,” wrote federal officials in notes for Transport Minister Mark Garneau.

The notes cite media reports where Tesla drivers engaged in questionable practices behind the wheel like reading a newspaper or brushing their teeth. Tesla’s Autopilot isn’t meant to take full control of the vehicle and needs human supervision in its current form.

The Canadian government is looking to develop laws that would govern self-driving cars. The regulations will require that vehicles be equipped with a “failsafe mechanism that can respond to situations when the driver is not available. Ontario also wants an expert in autonomous vehicles to be in the driver’s seat, ready to take control at a moment’s notice. Officials also suggest that car makers deploy “black box” data recorders inside autonomous vehicles.