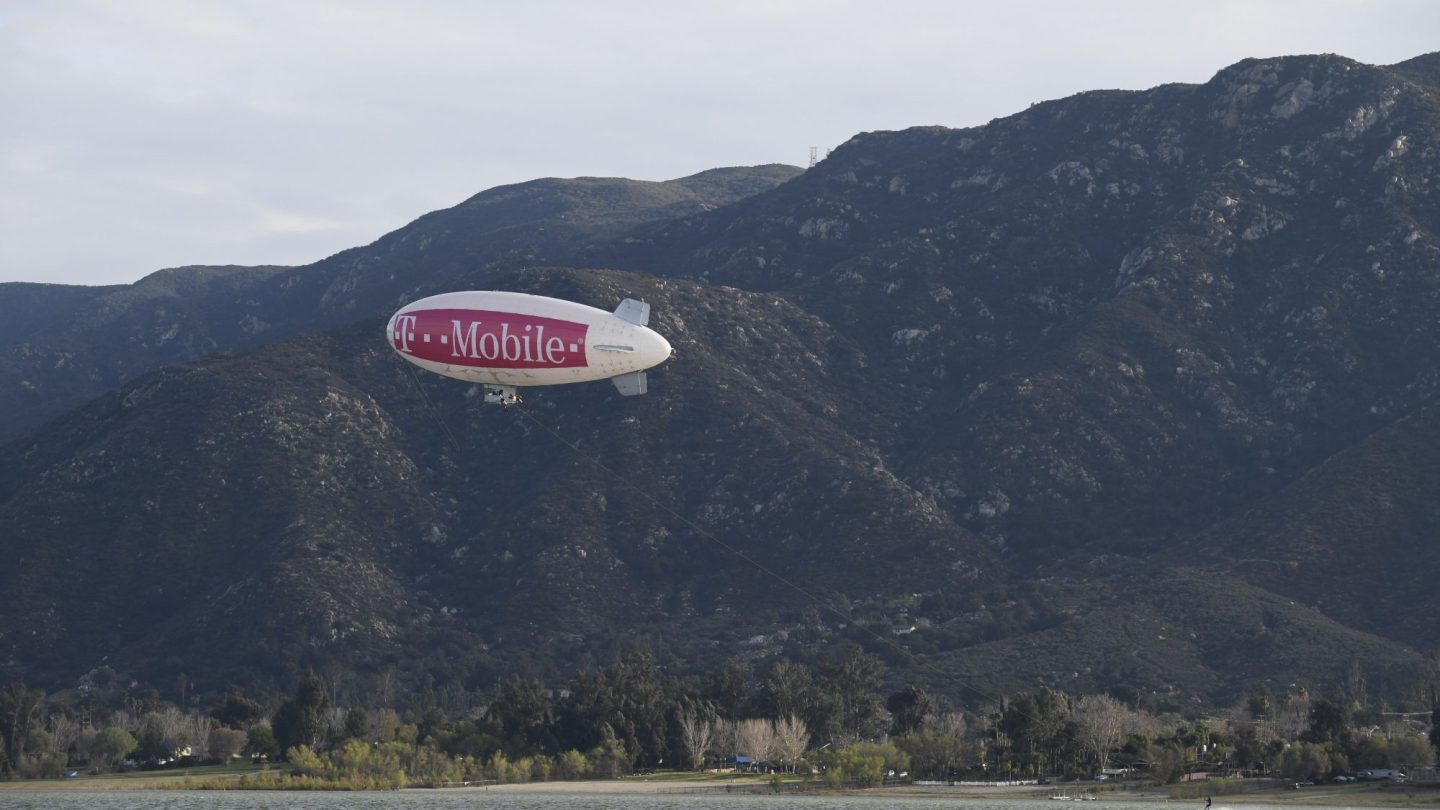 To celebrate the launch of the Samsung Galaxy S9 and Galaxy S9+ tomorrow, T-Mobile decided to pull one of its unnecessarily over-the-top stunts to demonstrate…something. The company decided it would be a good idea to tow a waterskiier behind a blimp, and set two Guinness World Records while they were doing it, just for good measure.

No-one really explains what this is trying to prove or to who, but I guess it demonstrates that yes, the Galaxy S9 is waterproof, and yes, T-Mobile has coverage in the middle of this one particular lake. Also, blimps are faster and more powerful than I realized.

In the process of making the ad, T-Mobile appears to have accidentally set two world records: the longest distance towed behind a blimp, and the fastest text on a touchscreen phone while waterskiing. More than anything, it goes to show that if you pay the Guinness people their fee, almost anything can be a world record.

“You’re getting an insanely fast new Samsung Galaxy, you gotta get it on the fastest network…and bonus – get it at the industry’s best price,” T-Mobile CEO John Legere said in a statement. “These phones are gonna fly off the shelves, and the best teams in wireless are amped and ready! T-Mobile and MetroPCS teams lead the pack in the latest J.D. Power Wireless Purchase Experience studies – they’re gonna rock your wireless world, the way they always do!”

In all fairness to T-Mobile, they are the only network that’s going with Samsung’s recommended pricing for the Galaxy S9, rather than jacking up the price by $70 like AT&T, Verizon, and Sprint. If you have to buy your Galaxy S9 on-contract, T-Mobile has the best trade-in deal (by a whisker) and the lowest unlocked price. I suppose that’s something to shout about, even if you don’t really need a blimp to shout about it.