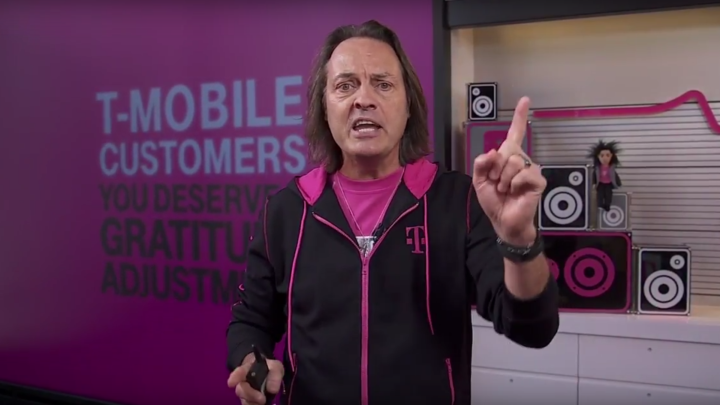 On Wednesday afternoon, T-Mobile unveiled a new program called Digits, which will allow T-Mobile subscribers to use a single mobile phone number across multiple devices and use multiple phone numbers on a single device. Unfortunately, the launch of the exciting new Digits beta was quickly overshadowed by a major error on T-Mobile’s website that was sharing private account information with anyone who visited the sign-up page for the beta program.

According to multiple Twitter users, the form on T-Mobile’s website for the Digits beta would occasionally show the name and phone number of another active T-Mobile subscriber. When signing up to sync a single device to multiple numbers, the site offered a series of seemingly random numbers to choose from. But after moving on to review the information, the customers who were attempting to sign up for Digits would sometimes see the name, email address and phone number of another T-Mobile subscriber in the registration details.

Here are just a few of the people who noticed on Twitter:

You might not want to celebrate too quickly I go to sign up I see other peoples information I can refresh and get a new person.

error alert. When you click on beta for 1 number multiple lines takes you to someone else's account.

@TMobileHelp @TMobile @JohnLegere just a heads up, the DIGITS signup form is sometimes showing phone # and email for someone else's account

T-Mobile has yet to formally address the mishap, but the sign-up form has since been removed from the company’s website. As the time of writing, I am only able to ask T-Mobile to notify me when I can apply to become a beta participant.

As massive of an issue as security is in 2016, this is definitely a bad way to kick off a program that otherwise looks like a great addition to the Un-carrier’s arsenal. At least T-Mobile was relatively quick on the trigger when it came to taking the form down before it became a widespread (and widely reported) issue.

UPDATE: We’ve received an official response from T-Mobile regarding the error:

“For a brief period this morning we had an issue with our beta registration site and we quickly resolved the issue. We will follow up with any impacted customers directly.”