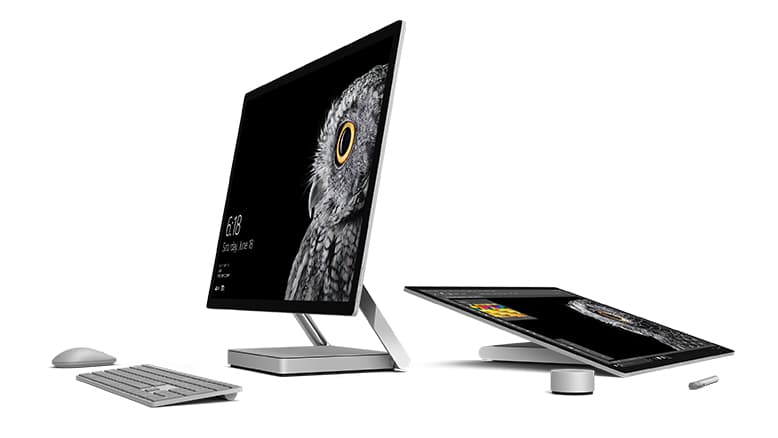 Microsoft last year surprised us with a convertible laptop/tablet design that came with a special type of hinge. This year, the company fixed a hinge-related issue for the Surface Book but delivered its newest hinge innovation inside its first ever Surface-branded desktop. Why is that new hinge design so attractive? Because the Surface Studio can easily be turned into a large tablet-like device that you can draw on. That’s definitely something you can’t do on other desktops running Windows, let alone macOS.

It turns out that tucked away in the base of the Surface Studio there’s a sophisticated hinge that’s inspired by a familiar object, the lamp desk.

Initially, Microsoft went for a clutch mechanism to power the hinge. But that design was deemed to be “too robotic.”

“We built these working contraptions where you’d grab the device and there was a capacitive sensor behind the screen, and it would unlock a mechanism, and it would go CRSSSH,” Microsoft’s head of industrial design Ralf Groene told The Verge in an interview. “Then you’d move it and let go, and it would go CHERRRK.”

The team then went on to work on a design that would let the user move the display with ease as if the screen would be weightless.

“We really engineered everything to fit Tetris-like together,” he said. “It’s actually pretty similar [to a desk lamp]. The inside is actually a four-bar hinge, many desk lamps have these two parallel beams that are connected, and that’s exactly what is in here, that keeps the upper in correspondence to wherever the lower is.”

So the hinge mechanism of a Surface Studio, which isn’t exposed as the Surface Book’s is based on something that already exists and works flawlessly. And like a desk lamp, the mechanism will not let the screen go flat. Instead, it stops at a 20-degree angle, similar to Disney’s drawing boards.