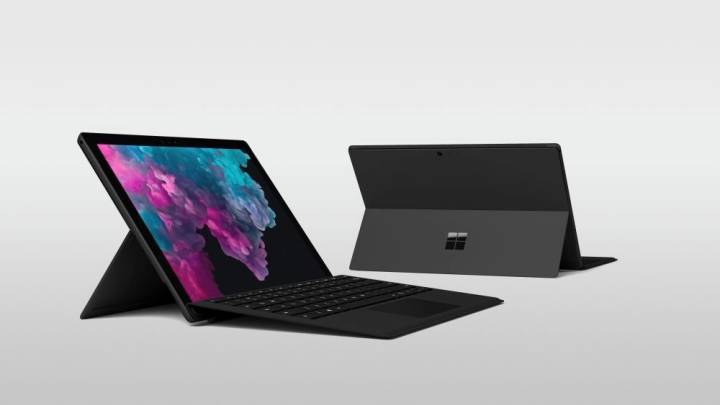 Microsoft is set to take the stage in a couple of days to unveil new Surface hardware and Windows software. In addition to the expected Surface Pro 7 and Surface Laptop 3 product refreshes, Microsoft should also unveil Surface models featuring ARM and AMD chips, according to recent leaks.

Moreover, there’s also a chance Microsoft will showcase its first dual-screen/foldable laptop alongside a Lite version of Windows 10 built to run on ARM-based devices. While you wait, you can check out the following Surface marketing images that leaked ahead of the press conference.

A leaker going by Walking Cat posted four Surface Pro 7 and Surface Laptop 3 images on Twitter that will likely be used on Microsoft’s Surface site to highlight the various features of the upcoming devices:

Each photo features the tag line “Anything but ordinary,” and shows the devices in everyday scenarios:

Most of the images lack descriptions, but one does confirm that a Surface Pro 7 model will feature 4G LTE connectivity:

One eagle-eyed Twitter user replied to the thread above, explaining what’s new with the upcoming Surface laptops:

Clearly, on the first and second, the devices shows no air vent arround.
The second is LTE and the top band is half height that previous versions.
The third is clearly a Surface Laptop and the camera is plugged on a USB port, but this is where mDP was.

The Surface Laptop 3 is expected to come both in 13-inch and 15-inch variants. All models will likely run on Intel’s latest generation of processors, in addition to the ARM and AMD variants. A leak a few days ago listed the purported Surface Pro 7 configurations, suggesting Microsoft might reduce the entry price of its flagship 2-in-1.

Little else is known about the new Surface models, but Microsoft will unveil the 2019 Surface Pro and Surface Laptop products on October 2nd during a live stream event, which you can watch live on BGR.com.