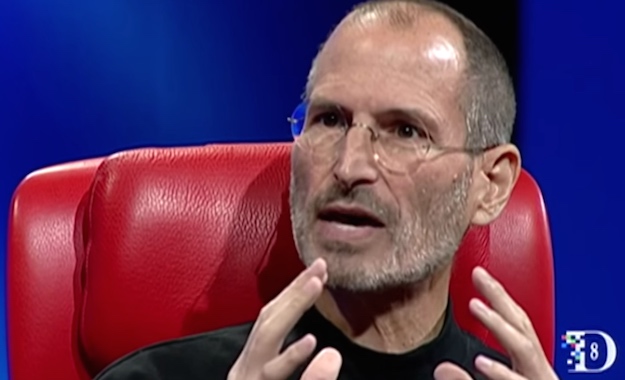 Nine years ago today, Apple released the original iPhone and forever changed the way the world uses and enjoys technology. While iPhone launches today still attract crowds and long lines at certain Apple retail locations, nothing can compare with the spectacle and excitement that surrounded the launch of the original.

In light of the iPhone’s ninth anniversary, former Apple PR head Natalie Kerris directs us to this video supercut featuring clips of Steve Jobs losing his cool in public. As the video description reads: “Steve Jobs is known for his tantrums and thunderous personalty… in private. In front of a large public he usually looks enjoyable and composed. But sometimes he lets the cat out … just a little.”

Now to be fair, the video is more of a showcase of Jobs playfully being frustrated at various moments, either because a product demo isn’t going as smoothly as he wants or because he’s waxing poetic about a topic he can’t help but feel passionate about.

All that aside, why not kick back and take a stroll down memory lane with some of these now-ancient clips of Jobs being Jobs.

And while we’re on the topic, it’s worth pointing out this excerpt from timeless and still-fascinating investigative piece Wired did on the iPhone’s development back in 2010. In the passage below, Jobs is furious that AT&T CEO Ralph De la Vega in late 2008 preemptively announced that tethering would be coming to the iPhone.

Even though Apple had been pushing for tethering, Jobs was furious that De la Vega would make such a momentous announcement before a deal was in place — and without consulting Apple. He even ended a high-level meeting days later with a rant about it. Jobs “was absolutely livid,” a witness says. “He paced around the room for five minutes talking about what an incredibly stupid company AT&T was and how frustrating it was to do business with them. Then, when he was done, he said, ‘I’m going to go call Ralph and yell at him.’”

And while we’re on the topic, let’s lighten the mood with this absurd clip of Jobs (being played by Ashton Kutcher) yelling at Bill Gates.