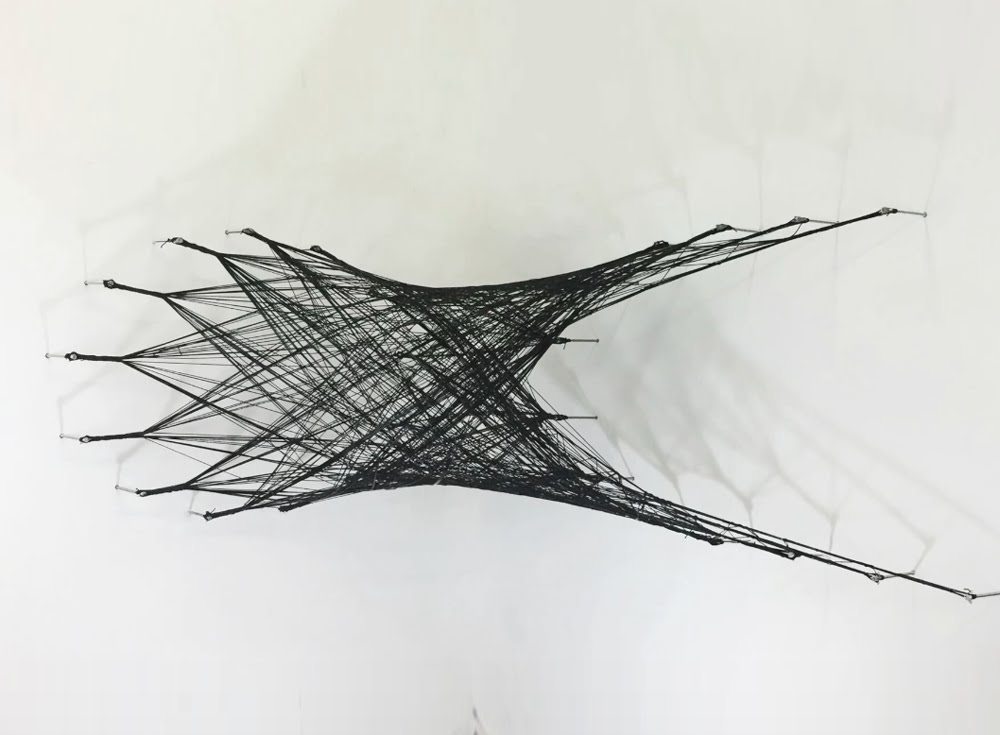 I’ll just say it: a wall-climbing “spiderbot” that spins incredibly strong webs from carbon fiber strands is not the kind of thing I want to be fighting when the robots rise up. But death-by-robotic-web aside, these wall-climbing swarm construction robots mark a breakthrough in robotic construction and bots working together.

The proper name for the spiderbots is the “Mobile Robotic Fabrication System for Filament Structures,” and it’s designed by the Institute for Computational Design at the University of Stuttgart. As Dezeen explains, the system relies on multiple Roomba-esque robots, which climb up walls, passing around a spool of carbon fiber to weave an intricate structure.

In the demo in the video, grad student Maria Yablonina and the ICD team used two robots to weave a hammock. The robots pass off the spool to one another, looping it around premade anchor points in the wall to build the final product. It’s not fast, but it’s also easy to imagine how a swarm of these robots could make a finished structure — a bridge, for example — from a skeleton in no time.

ICD director Achim Menges told Dezeen that “We are only at the very beginning of exploring the true architectural potential of this fabrication system. But we are convinced that its main advantage is that you can build entirely new structures that would be impossible to materialise otherwise.”