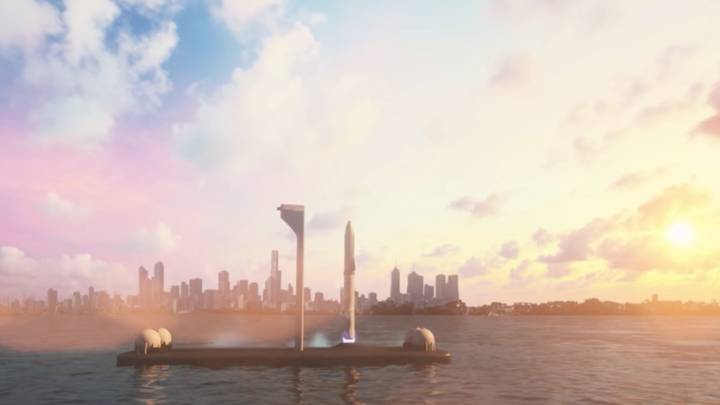 Though the company now has Mars in its sights, Elon Musk just announced that SpaceX plans to conquer another planet you didn’t expect: Earth.

It’s called BFR, short for “Big F**king Rocket,” and it’s what will take you to Shanghai from New York in just under 40 minutes. SpaceX appears to be the company that’s looking to make commercial Earth-to-Earth space travel a reality.

Yes, Musk still wants SpaceX to help Earth colonize Mars and the Moon. But SpaceX rockets can be used for more than that, Musk explained. As you can see in the concept video below, BFR-powered spaceships would take off right into Earth’s orbit, and then land at their destination. This will significantly reduce travel time, with the rockets reaching up to 18,000 miles per hour at their peak speeds.

The rockets would take off and land on barges, and both of their components are reusable, at least according to this video. The top part is the actual spaceship where the cargo goes, and the bottom part is what sends the spacecraft into the atmosphere.

No commercial flight can get you from A to B anywhere near as fast as a BFR would. And the price for such a trip? Musk said it’ll be around the price of an economy airline ticket, according to The Verge.

All this is theoretical at this point. Vaporware. The rockets and spaceship you see in the clip below aren’t real. And it’ll be a while before SpaceX can make them a reality. Not to mention this new type of air travel would need to be regulated before customers can actually book a flight on a SpaceX rocket. After all, as exciting the SpaceX reusable rocket program might be, it’s not flaw free. Packing humans into one to send them halfway across the world has to be made safe, and SpaceX’s rockets aren’t quite there yet.