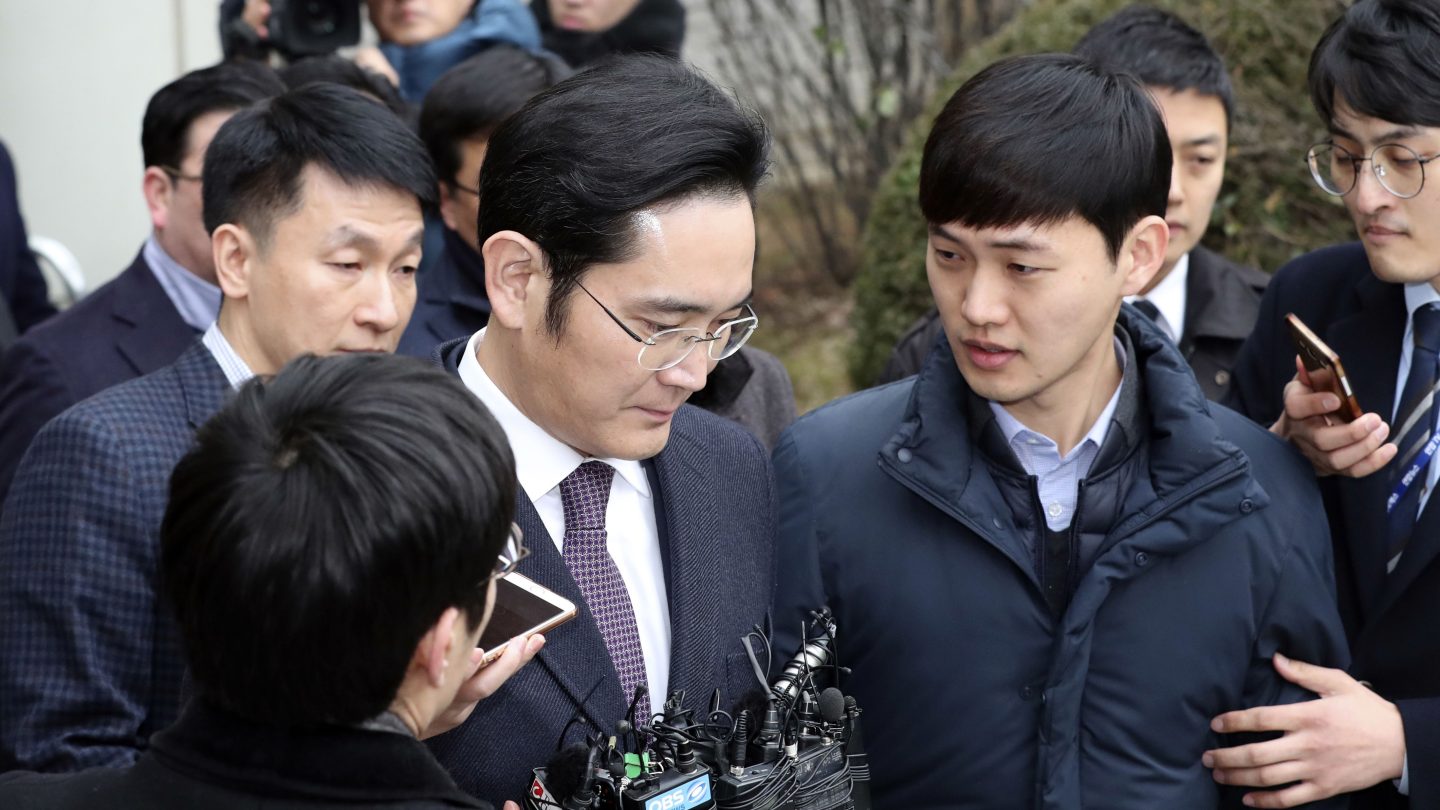 A few weeks ago, Samsung’s chief Jay Y. Lee spent a night in jail while waiting for a judge to decide whether he should be imprisoned for the duration of the investigation that’s currently targeting South Korea’s president. Lee walked free, but the special prosecutors assigned to the case are still looking into Samsung’s dealings with the impeached president.

According to Reuters, Samsung is looking to disband its corporate strategy office after the special prosecution probe ends.

Some 200 elite staff “hand-picked from affiliates” work for the office, which in turn works for the Lee family. Through this vehicle, Lee’s family makes decisions that affect Samsung’s entire business.

The special prosecutors investigating President Park Geun-hye’s corruption case have deemed Samsung’s chief and head of the corporate strategy office Choi Gee-sung as suspects. Samsung is alleged to have bribed Park’s confidant Choi Soon-sill to ensure a smooth merger between two of its affiliates. The merger further consolidated Lee’s power over Samsung.

Other executives from the strategy office were also questioned by investigators, as the office is suspected to have lobbied for the merger. That’s why Samsung is shaking up this internal organization that’s in control of every major decision within the group.

Seen as the “nerve center” or “control tower” of Samsung, the corporate strategy office was created in 2010, but it’s not a legal entity. Instead, its employees are working for various Samsung affiliates.

Before current corporate strategy office replaced a strategic planning office that was taken apart in 2008 following a different investigation that was targeting Lee’s father. Samsung Electronics chairman Lee Kun-hee was accused of having set up slush funds by using fake accounts, with top execs of the planning office as accomplices.

That means Samsung will simply recreate its brains after the corruption investigation goes away.

In similar news, Yonhap News reports that Samsung announced its withdrawal from the top business lobby in Korea, the Federation of Korean Industries (FKI).

FKI, which Samsung’s 15 affiliates pay some 13.3 billion won ($11.7 million) in annual membership fees, is believed to have played a middleman role in the Park bribery scandal.