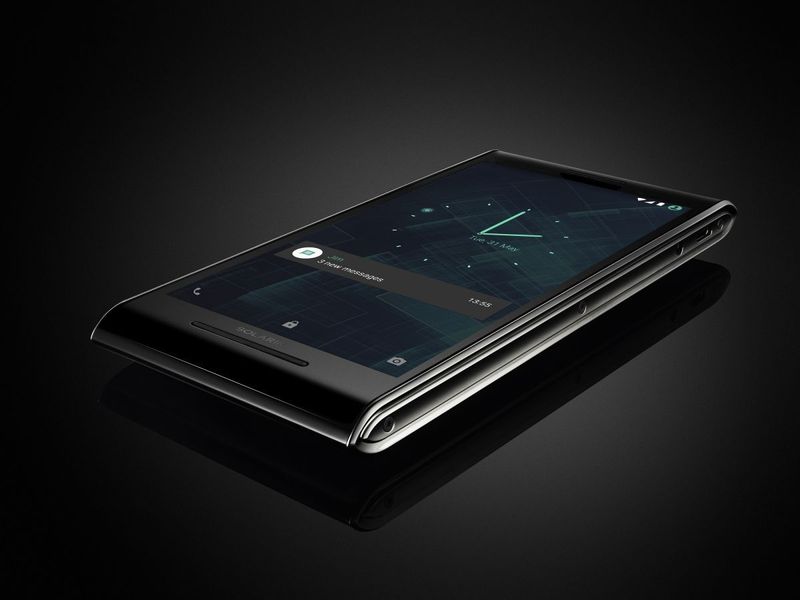 I never needed to buy a smartphone that had “military-grade” protection, but not all smartphone users are alike. Some people may value insanely complex security – or they just like the idea of using something that’s “military-grade.” The Solarin, pictured above, is supposed to be a high-end phone that has high-end security features built in. Unfortunately, it comes from a company that has no track record, it costs $14,000, and it’s not really as high-end as you would have hoped.

Sirin Labs is a company that came out of nowhere to announce this phone, which has components that likely cost under $200 all together. The device runs an unknown operating system — though the image above seems to suggest it’s Android — and it features military-grade encryption as well as a “Security Switch” that will put the phone in a “shielded mode” and let you make secure phone calls.

“Solarin comes with Zimperium state-of-the-art mobile threat protection that thwarts the broadest array of advanced device, network, and application mobile cyberattacks, without impairing usability or functionality of a top-of-the-range smartphone,” the company explained in its press release. “In addition, Solarin incorporates the most advanced privacy technology, currently unavailable outside the agency world. Sirin Labs partnered with KoolSpan to integrate chip-to-chip 256-bit AES encryption, the same technology that militaries around the world use to protect their communications, offering the strongest possible mobile privacy protection worldwide.”

The phone’s features aren’t high-end by this year’s standards, but the Solarin would be a top of the line device in 2015. It packs a 5.5-inch 2K display, a Snapdragon 810 processor, 4GB of RAM, 128GB of storage, a 23.8-megapixel camera with laser-assisted autofocus, an 8-megapixel front-facing camera and a 4,040 mAh battery. It even comes with mesmerizing Wi-Fi capabilities, including WiGig (802.11ad) multi-gigabit Wi-Fi technology, and 802.11ac 2×2 MU-MIMO Wi-Fi support that’ll be useless in most households.

Of course, if the phone doesn’t run Android then you’d end up with an overpriced 5.5-inch handset that can’t run any apps, and all that military-grade encryption probably isn’t worth it. But digging deeper on the company’s website, you discover the phone indeed packs Android under the hood, though it’s not on the latest release. Instead, it’ll run Android 5.1.1 out of the box.

OK, so maybe it’s a little more expensive to make than some other flagship handsets, but if you need a $14,000 phone to make sure your chats and calls are encrypted, then you might have bigger problems to deal with than coming up with $14K.

The Solarin will be available online and at the Sirin Labs website in the UK this June. Meanwhile, don’t forget to check out a trailer for it: