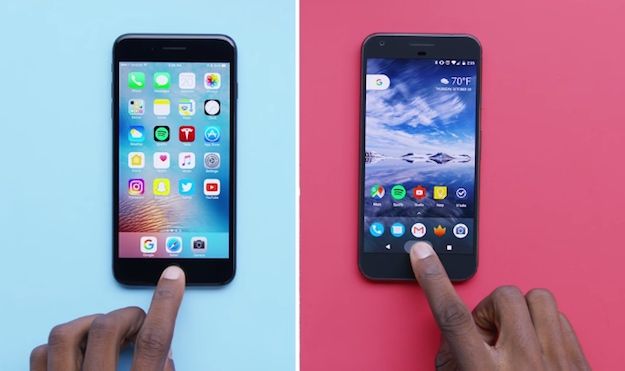 A lot has been made recently over Siri’s shortcomings as an intelligent personal assistant, especially relative to the capabilities of Google Assistant on Google’s new Pixel phones. Speaking to this point, Walt Mossberg not too long ago penned a widely circulated post lambasting Siri for its frustrating inability to answer layered questions.

Siri has undoubtedly come a long ways since its introduction on the iPhone 4s back in 2011, but there’s no getting around the fact that Apple’s intelligent personal assistant faces increasingly stiff competition not only from Google, but also from Amazon and upstarts like Viv (now a Samsung property).

All that said, Marques Brownlee recently posted an interesting video where he puts Apple’s latest incarnation of Siri up against Google’s vaunted new Google Assistant in a side-by-side competition. For as much praise as Google Assistant has received and for as much flack as Siri tends to receive, the results may surprise you. Google assistant is expectedly more nimble with context-based queries but Siri’s answers, when it does have an answer, tend to be more informative.

Starting out with some basic queries (i.e wake me up at 7:30 tomorrow morning, what’s Tesla’s stock price?) both Siri and Google Assistant are up to the task and perform dutifully.

About 3 minutes in, Siri shows its first sign of failure. When asked who the president of the United States is, Google Assistant is quick to come up with the answer while Siri throws the query to Bing and lists out a few search results. When Brownlee next asks, “How tall is he?”, Google Assistant recognizes that the context of the question is Barack Obama and returns the correct answer. Siri, meanwhile, remains clueless and once again returns Bing search results.

However, when straight up asking, “How tall is Barack Obama?”, Siri is able to answer quickly.

The full video, which is well worth watching, can be viewed below. Siri certainly has tremendous room for improvement, but the gap between the two virtual assistants may not be as wide as you might assume. One interesting tidbit is that Brownlee found Google Assistant to be more personable than Siri, a feature which Siri used to excel at.

Highlighting an instance where Siri outperforms Google Assistant, Brownlee at one point asks “Who won the Super Bowl?” While both return the correct answer, Siri’s response contains more information as it displays a card with the final score along with a quarter-by-quarter scoring breakdown. 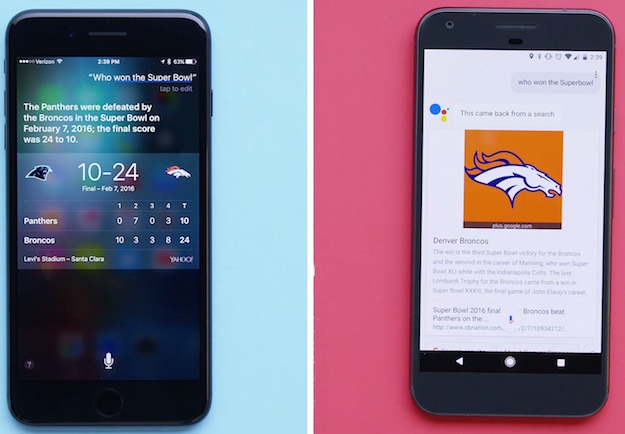