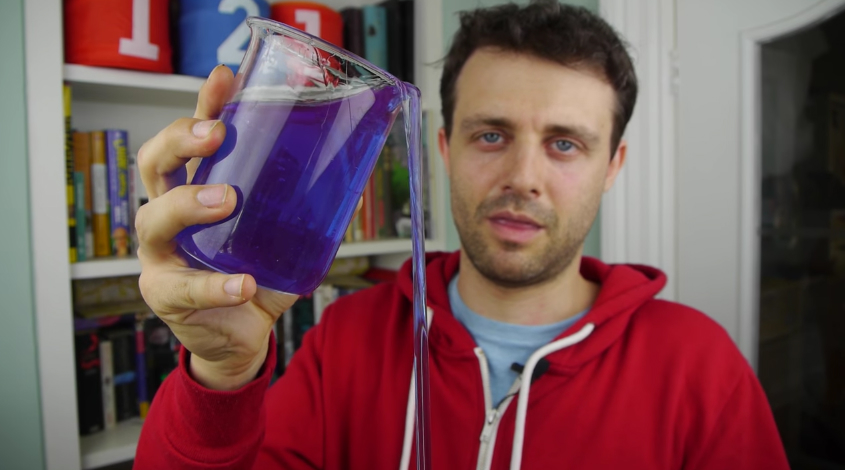 Okay, so the container in the following video isn’t sitting in a perfectly straight position, but the liquid in it still shouldn’t be able to pour itself. However, that’s not your regular liquid inside that jar…

Steve Mould mixed some polyethylene oxide with water and the result is a liquid that will pour itself out of, or into, anything. The polymer is made from long chains of molecules which explains why it’s seemingly defying physics. In addition to being able to pour itself out of a container, it’ll climb relatively easy inside a syringe that’s held downwards.

Other than being the star in amazing YouTube video that will surely go viral, polyethylene oxide (PEO) is also known as polyethylene glycol (PEG) or polyoxyethylene (POE). These similar compounds have various uses in industrial manufacturing and medicine.

The polymer in the video, however, can’t be included in some beverage that you could drink in front of an audience. It would probably pour itself right into your stomach making for a great trick, but don’t even think about doing it. you should still check the short clip below to see it in action.