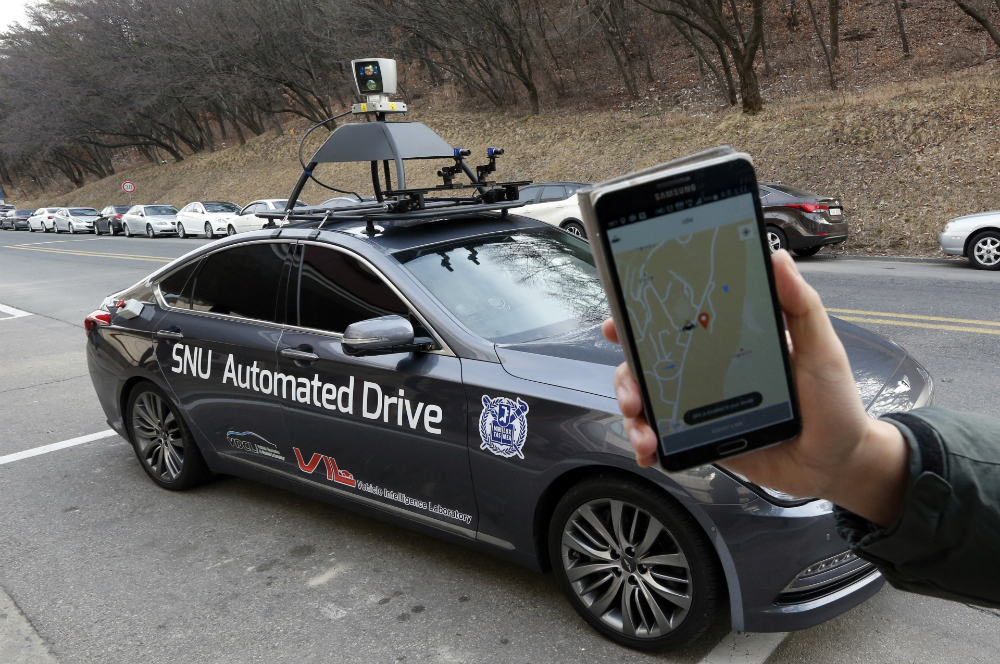 On top of what’s happening at CES, a new report also reveals that a driverless taxi program is already underway in Seoul, South Korea, and has been driving students in a campus for six months with absolutely no accidents.

The car is called Snuber, a name that makes you think almost immediately about Uber. Seen in the image above, the Snuber has been navigating the 4,109 square meter campus with help of a cab-hailing app created by the Seoul National University.

The sedan is easily distinguishable, as it has a turret on the roof that scans conditions on the road, Associated Press reports. Cameras, laser scanners and other sensors are placed on top of the vehicle to analyze the road and feed the information to the operating system that’s doing the driving.

Even though it’s a driverless car, the Snuber has to have a person behind the wheel at all times who would be able to assume manual control of the vehicle in case of emergency.

The car can only drive at speeds below 30km/h (or around 18.6mph) due to campus regulations. Furthermore, there are no full traffic lights in the campus, but researchers have developed software that lets the car navigate around other challenges on the road. For example, the vehicle breaks at a red stop sign and at pedestrian crosswalks. When a vehicle blocks the lane, the system can determine whether the other lanes are free to initiate a pass.

So far, the system has been used to transport disabled students around the campus, but it’s not ready for testing in a more complex environment. Director of the university’s Intelligent Vehicle IT Research Center Seo Seung-Woo estimates that by early 2020, a self-driving car will be running between tollgates on highways, while a door-to-door pickup service using self-driving cars will likely appear by early 2030.