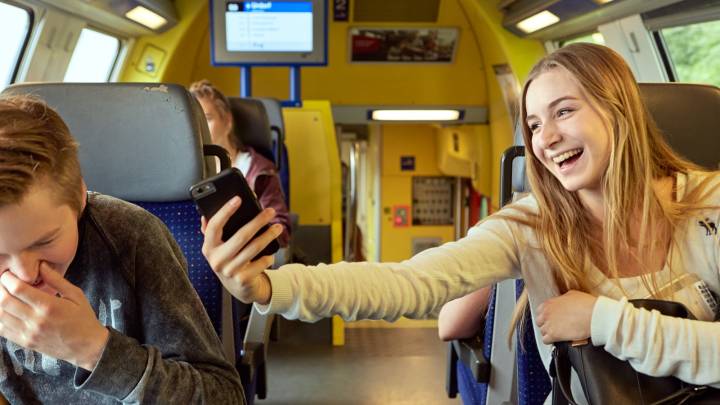 At this point, we’ve heard so many warnings about the supposed “toxic” effects of too much screen time on children that it almost feels like settled wisdom.

They say getting on social media too early is dangerous. Young minds are particularly impressionable and susceptible to the addictive nature of apps, mobile games and so much else that goes along with owning a smartphone. But now, new findings by British pediatricians basically tell us: Eh, stop worrying so much.

New guidance released by the UK’s Royal College of Pediatrics and Child Health, according to a CNN report, says it’s pretty much impossible to set an appropriate time limit on screen time for kids. Outside of some no-brainers, however, like the recommendation that parents keep kids away from screens an hour before bedtime to help them sleep better. But the takeaway here is pretty straightforward. “There is not enough evidence,” according to a statement the college released to the press, “to confirm that screen time is in itself harmful to child health at any age, making it impossible to recommend age appropriate time limits.’

According to the college’s officer for health promotion Dr. Max Davie, parents need to just “be parents” and figure out what’s best for their own children rather than follow a hard-and-fast one-size-fits-all rule. The study goes on to suggest that parents approach screen time based on the child’s age, individual needs and the value that the family places on positive activities like socializing, exercise and sleep. When screen time displaces those activities too much, according to study, THAT’S when you start to see a risk to a child’s well-being.

Again, from Dr. Davie: “When it comes to screen time I think it is important to encourage parents to do what is right by their family. However, we know this is a grey area and parents want support and that’s why we have produced this guide. We suggest that age appropriate boundaries are established, negotiated by parent and child that everyone in the family understands. When these boundaries are not respected, consequences need to be put in place. It is also important that adults in the family reflect on their own level of screen time in order to have a positive influence on younger members.”