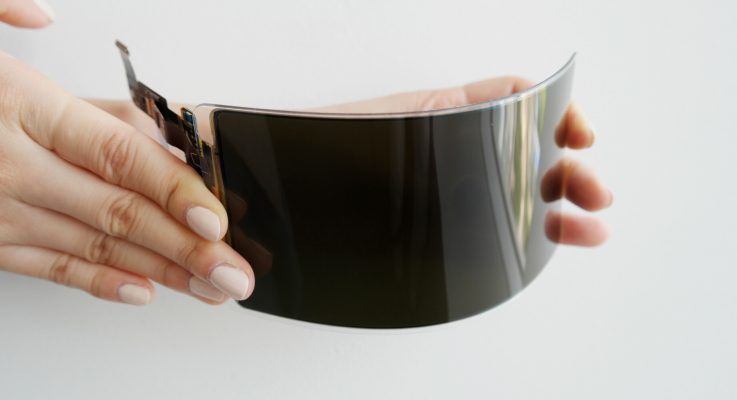 Samsung Display has put its new supposedly unbreakable smartphone display panel through the paces, and the results are in.

Samsung’s flexible OLED panel, fortified by a plastic window, is indeed the Kimmy Schmidt of smartphone displays. It’s been certified as unbreakable by UL — Underwriters Laboratories, an official testing company for the Occupational Safety and Health Administration in the U.S. — after passing a series of “rigorous” tests. The latter were based on military standards set by the U.S. Dept. of Defense and included drops from nearly 4 feet, 26 times in a row, as well as subjecting the display to high and low temperature tests.

All of it resulted in, according to Samsung, no change to normal functioning and no damage to the display’s front, sides or edges. Even after a nearly 6-foot drop test above and beyond the military standard, Samsung says the panel showed no sign of damage.

Samsung Display says it developed the flexible OLED panel “with an unbreakable substrate and an overlay window securely adhered to it,” which is distinct from current-generation flexible display products. The latter attach a glass-covered window to their display that can easily break on impact.

“The fortified plastic window is especially suitable for portable electronic devices not only because of its unbreakable characteristics, but also because of its lightweight, transmissivity and hardness, which are all very similar to glass,” said Hojung Kim, general manager of the Communication Team for Samsung Display Company.

Some online chatter suggests we’ll see this display for the first time in Samsung’s coming foldable phone. It won’t be the first time plastic has been used in a smartphone, of course, and it’s also worth noting the downsides. You can refer back to something like Motorola’s plastic “Shattershield” screen that was highly prone to scratches.

Samsung Display, meanwhile, isn’t just thinking about the display for smartphone purposes. The company said it also expects to find uses for it “with other electronic products such as display consoles for automobiles, mobile military devices, portable game consoles and tablet PCs for e-learning.” Unbreakable cars, anyone?

The fact that too many of us are so accident-phone when it comes to our pricey smartphones may be behind some of this. And it’s not just Samsung looking to make its mobile products more durable. We reported here, for example, about how Gorilla Glass 6 – the new formulation from Corning – marks a bit of a departure, in that the emphasis for smartphone displays used to be on scratch resistance.

Now, display-makers are focused on panels that can seriously take a beating, withstand a drop and not break. In a release earlier this month, Corning said Gorilla Glass 6 is currently being evaluated and expected to “reach the market in the next several months.”

All of which is to say — hold on tight to that current fragile smartphone in your pocket for just a few more months.