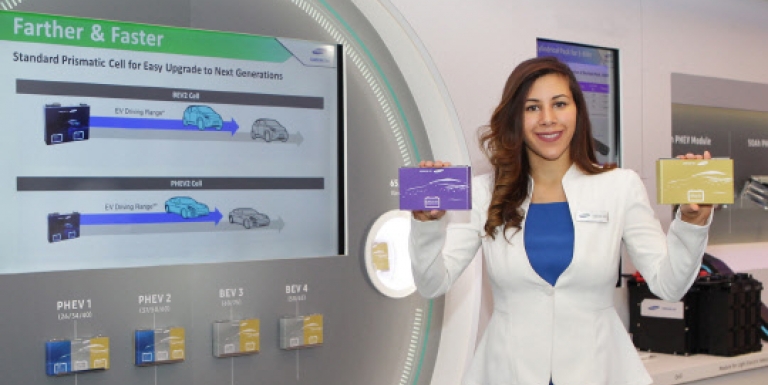 If you’ve seen Samsung SDI in the news recently, that’s because the Samsung subsidiary was initially fingered as the company that made faulty Galaxy Note 7 batteries that overheated and exploded. But soon after the first Galaxy Note 7 recall, it was discovered that “safe” units sporting batteries from a different supplier behaved similarly. Samsung SDI won’t be entirely exonerated until Samsung actually tells us what went wrong with the Galaxy Note 7. But the battery maker is now back in the news, and this time it’s got some exciting things to announce.

Samsung SDI developed a brand new battery pack for electric cars that not only charges faster than competing products, but it also has better range. That’s the kind of news that electric car makers should be happy to hear considering every major brand is now working on electric vehicles.

“When the integrated battery module is applied to an EV, it is expected to bring benefit to both battery industry and automakers as it will be lighter with fewer components,” an unnamed Samsung SDI official said. “Since we are increasingly witnessing a change in many automakers’ sourcing strategy from battery cells to modules in the EV sector, Samsung SDI is expecting a rising customers’ demand in the integrated battery modules.”