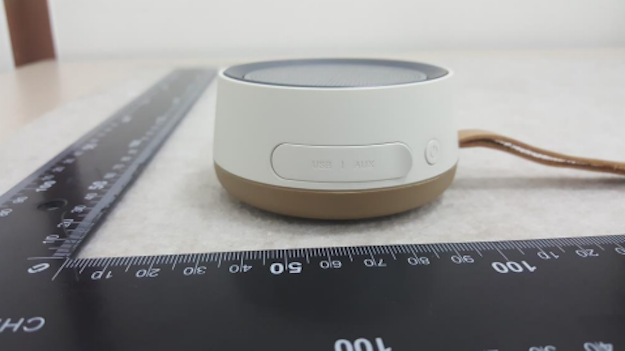 Despite its relatively hefty price tag, the Amazon Echo has been one of the best-selling electronic devices on Amazon ever since it launched nearly two years ago. It turns out that people love interacting with Bluetooth-enabled speakers, which is why Google, Apple and now Samsung are joining in on the fun.

We already know that Google is hard at work on bringing Google Home to market, while Apple is rumored to bring even greater Siri functionality to the next Apple TV. But on Tuesday, Australian Android blog Ausdroid stumbled upon a patent revealing that Samsung is working on its own Bluetooth speaker as well.

Based on documents submitted to the FCC, the device is called “Scoop.” The Samsung Scoop is a Bluetooth-enabled speaker which features a 3.5mm input jack, a Micro USB charging port, a microphone and a leather strap to carry it around. Although the Amazon Echo and Google Home are relatively portable devices, the Scoop appears to be even smaller than the competition.

A power button, play button and volume buttons reside on the side of the device, with the play button doubling as a Bluetooth pairing button.

There’s no indication of when the Scoop will launch (or whether or not it will ever see the light of day), but you can see a few more pictures of Samsung’s potential Echo rival below: 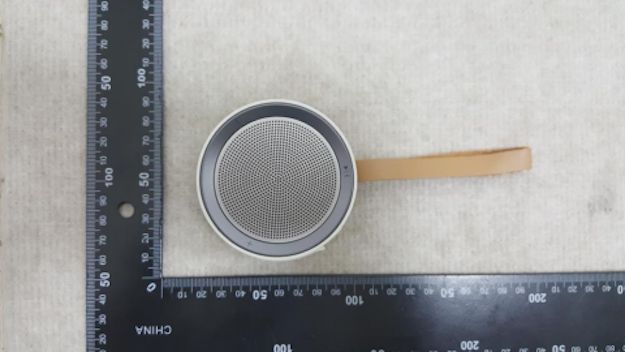 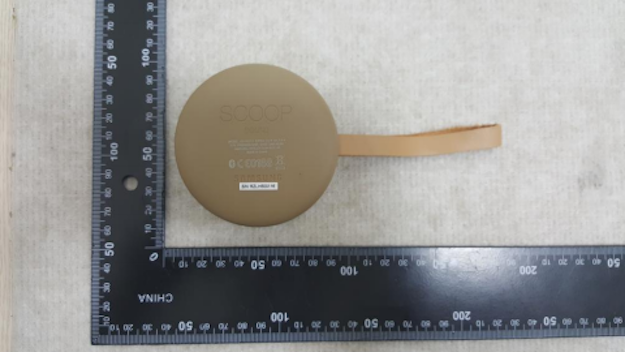 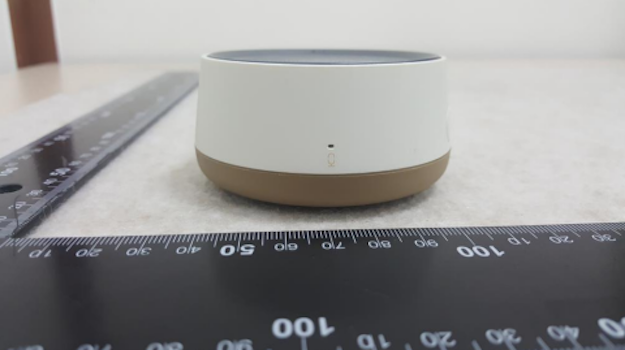