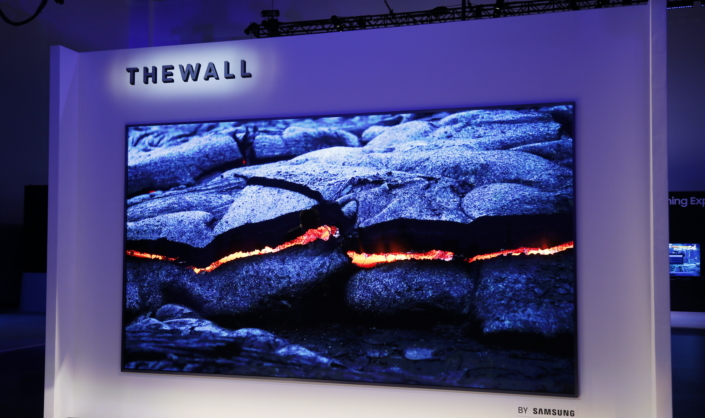 A new report is out that shows Samsung is not only continuing to boast the biggest share of the high-end TV market here in the U.S., but that the tech giant’s lead is only continuing to grow — thanks in part to “aggressive marketing and the company’s extensive distribution network.”

That’s according to SamMobile, which reports that Samsung’s share of the premium TV market in the U.S. stood at 34 percent in August. That’s per the latest data from NPD which also shows that LG, even after launching a slew of OLED TVs, is Samsung’s next closest competitor, with a 15 percent market share. Vizio and Sony come in after that, both of which have an 11 percent share.

Continues SamMobile, “Samsung performed particularly well in the $2,500 and above segment with 44 percent market share, up from 27 percent during the same period last year. Sony secured the second spot with 33 percent market share, while LG came in third with 23 percent. Samsung is estimated to have crossed the 50% mark in the month of September.”

Samsung, which has some MicroLED TV launches planned for the months ahead, has an even stronger position if you look at TVs that are at least 75 inches. In that category, Samsung grew its lead from a 43 percent market share last year to 57 percent this year, according to the NPD figures. Sony’s share is less than half that — 25 percent.

Samsung’s strategy for premium TVs, SamMobile argues, would thus seem to be working particularly well in the U.S.

In other news that’s somewhat related, Samsung has also now confirmed how much the 85-inch version of the 8K TV it recently unveiled in Berlin will cost. Good news — it will only set you back $15,000.

There will be multiple size models, from 65 inches up to 85, but we only have confirmation of that top-tier price currently. Samsung is also already taking preorders here for that 85-inch model. In terms of what you’re getting for that much money, again via SamMobile: “The Samsung Q900R touts Real 8K Resolution and 4,000 bit peak brightness. The TV can produce four times more pixels than a 4K UHD TV. 8K content isn’t really common so this is where Samsung’s AI comes in.

“Its proprietary 8K AI Upscaling technology increases picture and sound quality ‘a level compatible with 8K’ therefore it does that regardless of the original source quality or format. The Quantum Processor 8K can recognize and upscale content to 8K from sources like HDMI, USB, set-top box, streaming service and even mobile mirroring.”