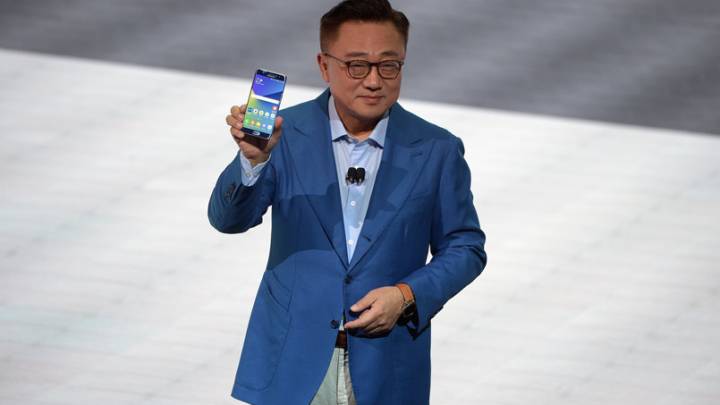 Samsung has a plan to get more millennials interested in its handsets, a new strategy that appears born partly out of a global slowdown in smartphone sales with rivals like Huawei and Apple nipping at Samsung’s heels.

DJ Koh, the CEO of Samsung’s mobile business, has told CNBC the crux of the new strategy is this: Bring new cutting-edge technology to the South Korea-based company’s cheaper phone models, like those in its Galaxy A series, first. Before the tech ends up in the company’s much pricier flagship models later.

This plan to shakeup the middle range of its smartphone lineup is not just being talked about as some kind of a future possibility inside the company. Indeed, the first devices under this new strategy are coming later this year, according to CNBC.

“In the past, I brought the new technology and differentiation to the flagship model and then moved to the mid-end,” Koh told the network. “But I have changed my strategy from this year to bring technology and differentiation points starting from the mid-end … So we are very much focusing on millennials who cannot afford the flagship. But how can I deliver meaningful innovation to our millennials? That’s the reason I’m trying to differentiate the mid-section.”

We’ve reported a fair bit now on the global slowdown in smartphone sales, which is arguably stinging Samsung more than most as it’s the top handset maker as ranked by sales. In the second quarter, though, mobile sales at Samsung were down 20 percent year-over-year, with the company blaming a tepid response to the Galaxy S9.

Meantime, Huawei has come out strong, not only gaining market share and outpacing Apple but making clear its ambition is to eventually dethrone Samsung, possibly as soon as next year. “Despite a global slowdown for smartphones,” according to CNBC, “some markets like India and other countries in Southeast Asia are growing, but consumers there are after cheaper, but still high-spec, handsets. That’s the market that Samsung is trying to go after with its upcoming device.”

Koh apparently changed up Samsung’s mobile research and development organization, as well as its product planning efforts, earlier this year in anticipation of this strategy shift. At this point, he’s also thinking the newer mid-priced handsets might be released more often than once a year.

While that shift is under way, the company still has a chance to wow customers at the higher end, a chance that’s coming up very soon. We’re already on record as raving about the upcoming Galaxy S10, which we’ve called “the most exciting smartphone Samsung has released in years.” So here’s Samsung trying to attract very different customers, all at once. More budget-minded, younger buyers who can’t afford flagships, and then customers who want nothing but the latest and greatest, like the S10 with its new design, new fingerprint sensor, triple-lens camera and so much more.