There will come in time in the not so distant future where tech companies will use the CES event in early January to launch the first commercial artificial humans that you’ll be able to take home with you. CES 2020 isn’t it, and Samsung’s “artificial human” project that saw plenty of hypes in the past few weeks is hardly the kind of android device you might be expecting. What Samsung’s Star Labs subsidiary has shown at CES is a technology capable of creating better-looking avatars, but even that’s being questioned, as the imagery Samsung used to demo Neon is fictionalized and simulated.

The digital avatars that Star Labs uses to highlight its artificial human project over on the Neon website look a lot like real humans, and we may soon see these virtual humans around. The problem with these images is that they might not highlight the actual capabilities of its technology. As The Verge points out, Samsung is making it clear at CES that those avatar demos may be misleading:

Scenarios shown at our CES Booth and in our promotional content are fictionalized and simulated for illustrative purposes only.

If the CES demos aren’t real, then what are we to make of the imagery featured over on Neon’s site? 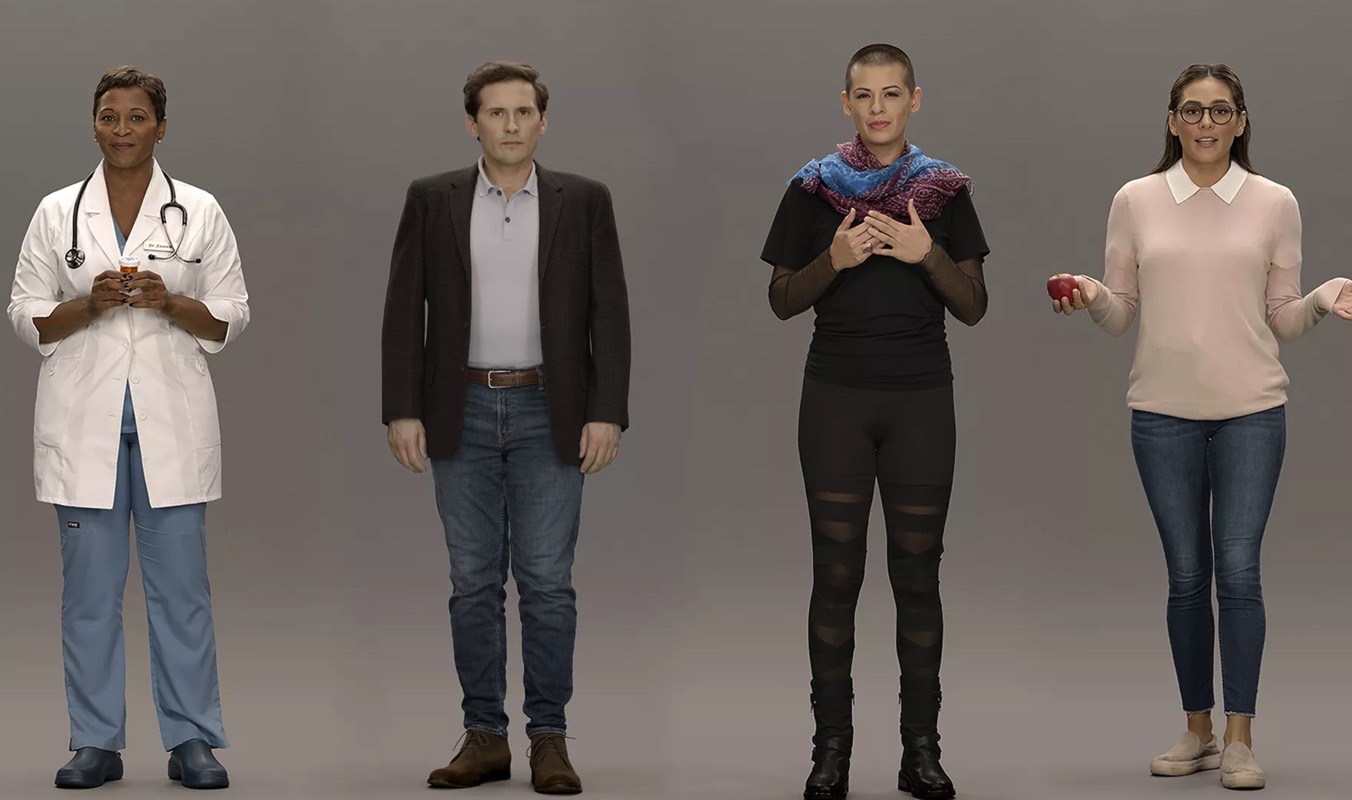 The problems with Neon don’t stop there, as Samsung’s subsidiary is making bold claims about the Neon capabilities. These devices are supposed to show “emotions and intelligence,” and should be able to respond to queries “with latency of less than a few milliseconds.” They should also guard your privacy.

But Samsung doesn’t explain the underlying tech that would make all of that possible. Forget the physical appearance of these artificial humans for a second, that’s the last thing that matters. More important is the artificial intelligence that’s able to power these “beings” — and beings, they’re not. Here are other claims from the website: 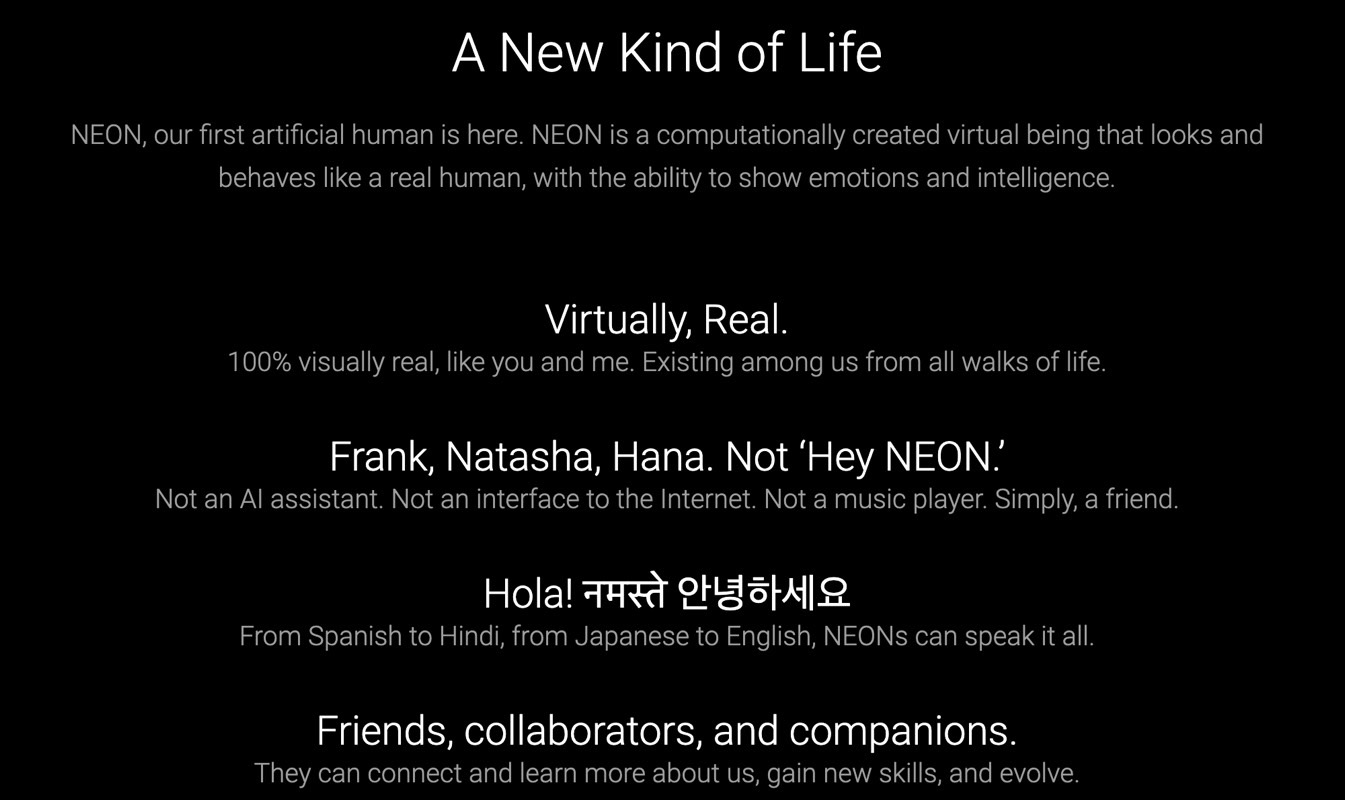 You need a powerful operating system for that or a highly complex app that would be able to run on any OS out there. Google, for example, already has a powerful Google Assistant, which is probably as close as we get to an artificial human right now. Google Assistant works on virtually any device, although it feels at home on Android, where Google can seamlessly integrate it in the underlying OS and can do a bunch of smart things you’d expect from an artificial human. What Google Assistant lacks is a body and a face — the same goes for Alexa, Siri, and everything else.

Samsung’s yet to prove that Bixby can be a decent Google Assistant, and Bixby could provide the brains for Neon. So Neon’s brains are yet to be demonstrated.

The Neon demos prove that Samsung is more interested in developing the face of the artificial human, but, sadly, the demos do not even show actual working avatar. Instead, we’re looking at misleading images.

Star Labs has big plans for the technology, however, and will push it as an artificial human project for some time to come:

In the near future, one will be able to license or subscribe to a NEON as a service representative, a financial advisor, a healthcare provider, or a concierge. Over time, NEONs will work as TV anchors, spokespeople, or movie actors; or they can simply be companions and friends.