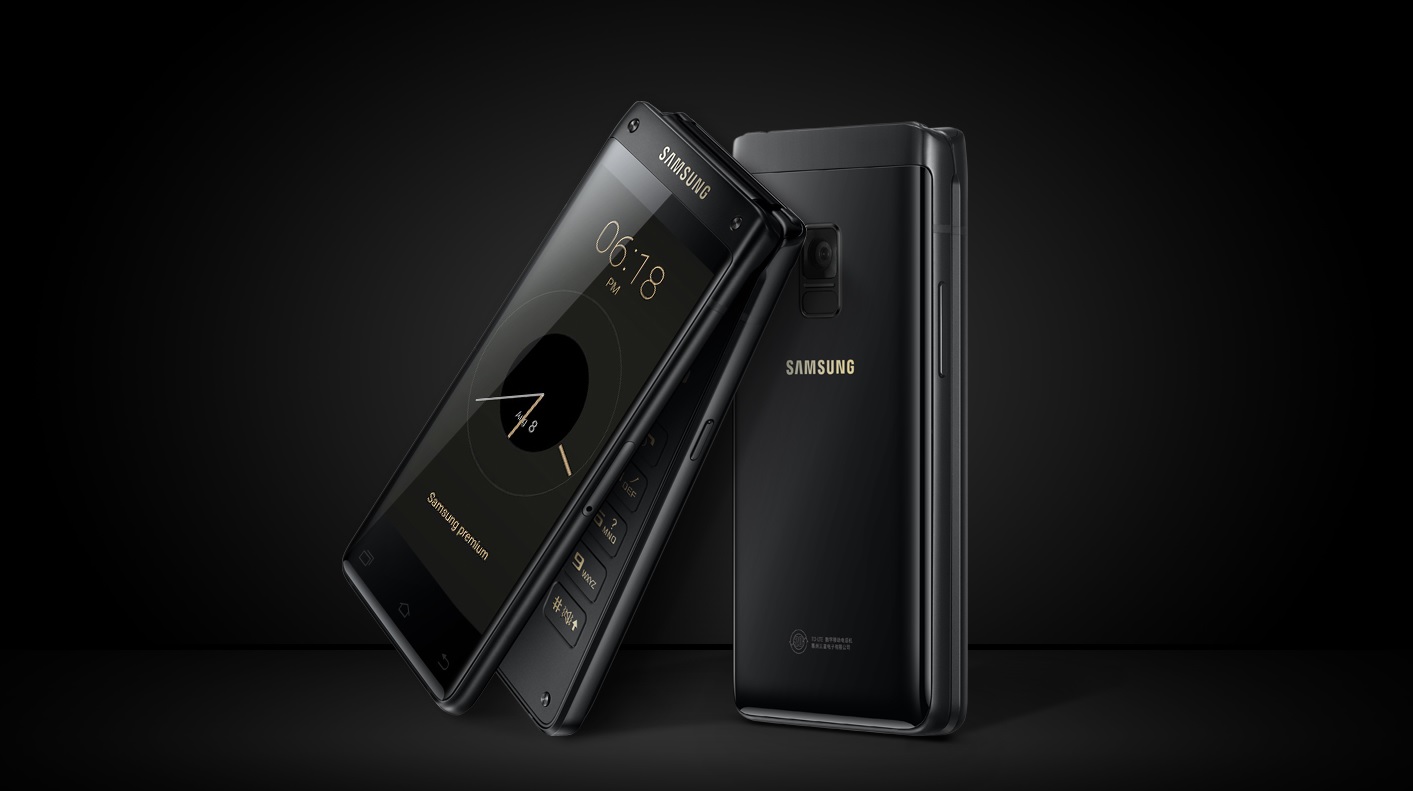 You might have thought that flip phones were out of fashion, but Samsung is doing its best to prove you wrong. On Thursday, following weeks of leaks and rumors, Samsung unveiled the Leader 8 flip phone on its website. Previously known only by its model number (SM-G9298), the Leader 8 is an Android-based, dual-display flip phone with surprisingly competitive specs and a stunning design.

Set to launch in China in the coming days, the Leader 8 feature two 4.2-inch displays — one on the front and one inside. Both are Full HD Super AMOLED screens, with the front display allowing users to quickly check information like the date, the time or call reminders. Leader 8 users will also be able to change the background image and the style of the clock on the front display of the phone.

At a glance, the Leader 8 almost looks like a miniature Galaxy S8. Of course, once you flip the phone open, your perception changes entirely. Inside the phone, you’ll find a control pad surrounded by inlaid buttons, one of which can be configured to serve as a customizable hotkey. Below the control pad is a fairly standard key pad, which look like pretty much another other flip phone’s key pad.

So far, the Leader 8 has only been confirmed for release in China, though Samsung has yet to announce a price. We very much doubt that this phone will make it overseas, but our fingers are crossed.