Samsung confirmed during CES that its next-generation Galaxy S9 and Galaxy S9+ flagship smartphones would be announced in February. Then, earlier this week, Samsung confirmed the exact date of the flagship phone duo’s unveiling when it sent out invitations to its upcoming Samsung Unpacked event at the Mobile World Congress trade show set to take place in Barcelona, Spain late next month. Of course, a steady stream of leaks has already revealed just about everything there is to know about the phones, so there isn’t much left for Samsung to surprise us with at next month’s press conference.

Now, just in case you weren’t clear on what to expect from the Galaxy S9 and S9+, a new leak from a well-known and reliable source paints a complete picture of Samsung’s upcoming new smartphones.

In a post over at VentureBeat, smartphone leaker Evan Blass has issued yet another installment in his ongoing coverage of the Galaxy S9 and Galaxy S9+. As has been the case throughout the Galaxy S9 rumor cycle, Blass’s new report reiterates information that has already been floating around for quite some time. Considering the blogger’s track record, however, it never hurts to get confirmation from such a reliable source.

In his latest post, Blass runs through all of the key Galaxy S9 and Galaxy S9+ specs we can look forward to when the phones are announced next month. Highlights include 5.8-inch and 6.2-inch Super AMOLED displays, new processors (Snapdragon 845 in the US and China, Exynos 9810 elsewhere), and upgraded cameras. The report also reiterates the differences between the Galaxy S9 and Galaxy S9+, apart from size: As expected the Galaxy S9 will have 4GB of RAM, 64GB of storage, and a single-lens rear camera while the larger Galaxy S9+ features 6GB of RAM, 128GB of internal storage, and a dual-lens rear camera.

Blass also says the new Galaxy S9 and Galaxy S9+ won’t feature much in the way of design updates, which is exactly what we’ve been expecting. Samsung was reportedly working on an exciting new design with an even more impressive screen-to-body ratio, but those versions of the S9 and S9+ supposedly had to be cancelled for reasons unknown. 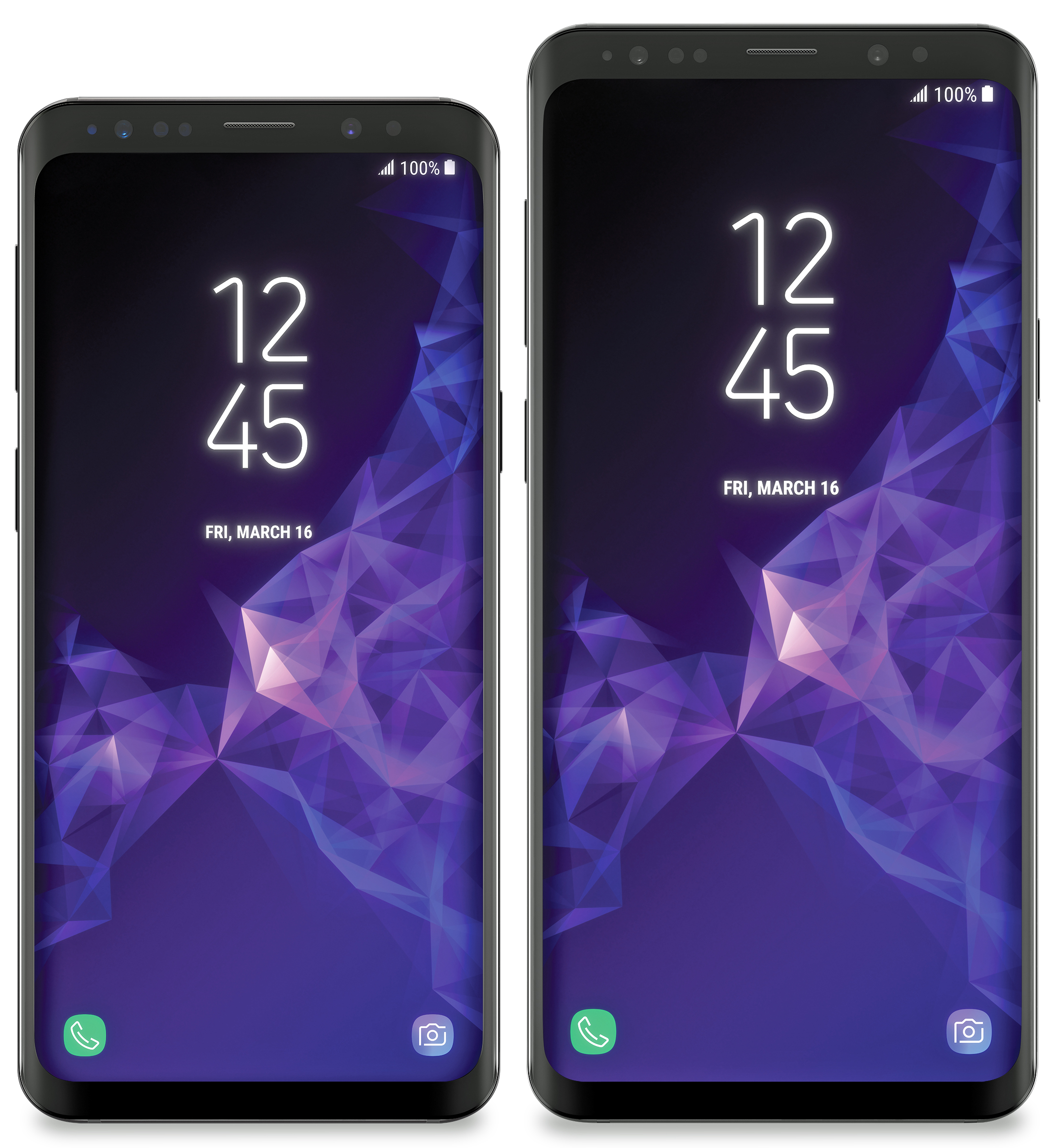 In addition to the above details, Blass posted marketing renders of the Galaxy S9 and Galaxy S9+ that appear to be official. Notably, the date March 16th appears on both phones’ displays, and that just so happens to be the rumored release date for Samsung’s upcoming new Galaxy S flagship duo.