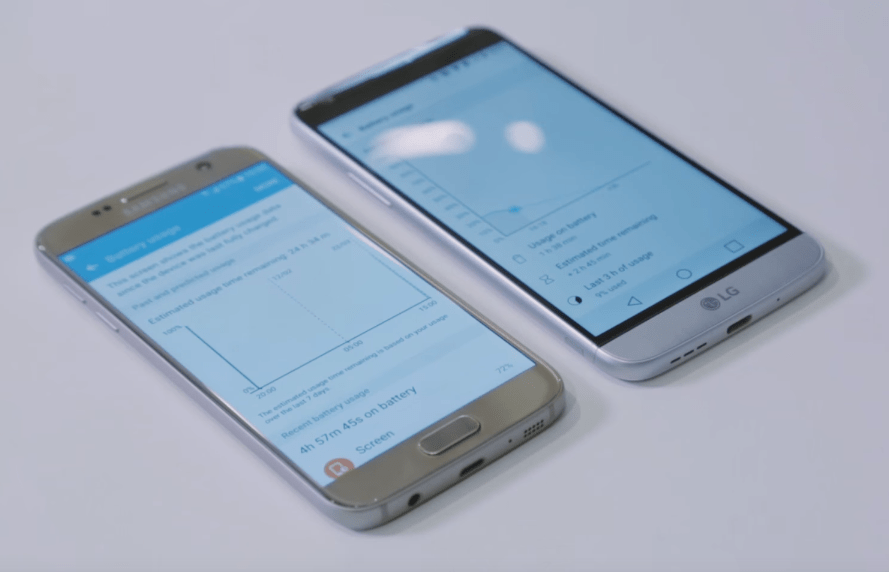 The two top Android phones unveiled so far this year are definitely the Samsung Galaxy S7 and the LG G5. While the Galaxy S7 has already been released and reviewed, we’re still waiting for LG to start officially selling the LG G5. For anyone curious about how the two flagship devices stack up against one another, Carphone Warehouse has put together a handy comparison video that shows us key ways the devices are similar and key ways that they’re different.

MUST READ: iOS 9.3 has a nasty bug and you might not want to upgrade just yet

Carphone Warehouse says that both phones look good from a design perspective, although there are some pluses and minuses with each phone’s build. The G5, for example has a removable battery that the Galaxy S7 lacks, while the Galaxy S7 is much more water resistant than the G5. Both devices also have terrific cameras as well, although it looks like Samsung’s does a slightly better job with overall color accuracy. Carphone Warehouse also says that both phones deliver comparable battery life and have demonstrated improved power management capabilities.

To get a full look at what both devices have to offer, check out the full video for yourself below.