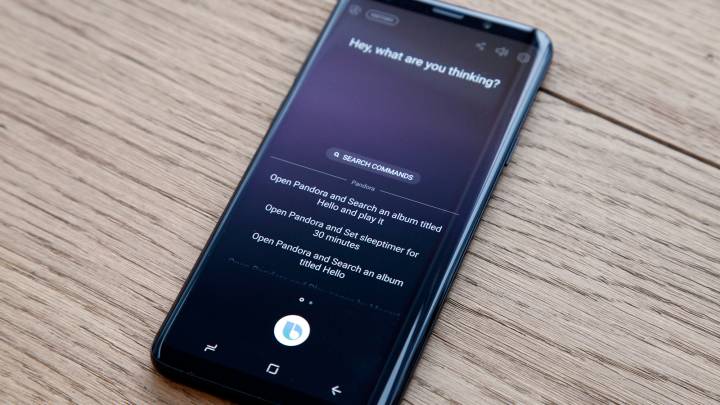 The internet spent the better part of last year trying to work out if Apple would pull off a magic trick and release the first phone with a fingerprint sensor embedded into the display. When the iPhone X was officially unveiled last October, there was no fingerprint sensor in sight, and largely people have been happy with the Face ID sensor Apple came up with to replace it.

But rumors about in-display fingerprint readers just refuse to go away. Chinese companies like Huawei have been working to trial the technology in limited applications, and it certainly seems like a case of when and not if by this point. Of course, it’s impossible to talk about in-screen fingerprint sensors without mentioning Samsung, which is rumored to have been spending some of its gargantuan R&D budget on ultrasonic fingerprint research for years.

The same kind of in-display fingerprint rumors that shadowed the iPhone X made an appearance before the Galaxy S9 launch earlier this year, but we all know how that turned out. Obviously, attention then turned to the Galaxy Note 9, which is expected late this summer, but recent rumors suggest that isn’t going to happen either.

A new report from Korean outlet ET News suggests that the in-display fingerprint sensor is confirmed to finally be debuting with the Galaxy S10 early next year. Honestly, this isn’t really news at this point — Next Big Smartphone To Have Revolutionary New Feature — but the fine print in the report is far more interesting. ET News says that “Samsung has been cautious about adopting in-display fingerprint technology,” but thanks to aggressive adoption by Chinese firms like Bibona and Huawei, Samsung has decided that it can’t postpone any further.

Basically, it sounds like Samsung’s hand is being forced here, and that could be very bad news. There are only two reasons Samsung wouldn’t be deploying an innovative new technology like this: it’s too expensive, or it doesn’t work well enough. Neither one would be remotely good for consumers, as a component that’s too expensive will just jack up the cost of phones, while a fingerprint reader that’s inconsistent or buggy sounds like a nightmare to use. Samsung could end up going with a hedged solution like Huawei used on its limited-edition P20 Pro, which has one fingerprint sensor under the glass and one around the back, but even that sounds like the compromise to end all compromises.