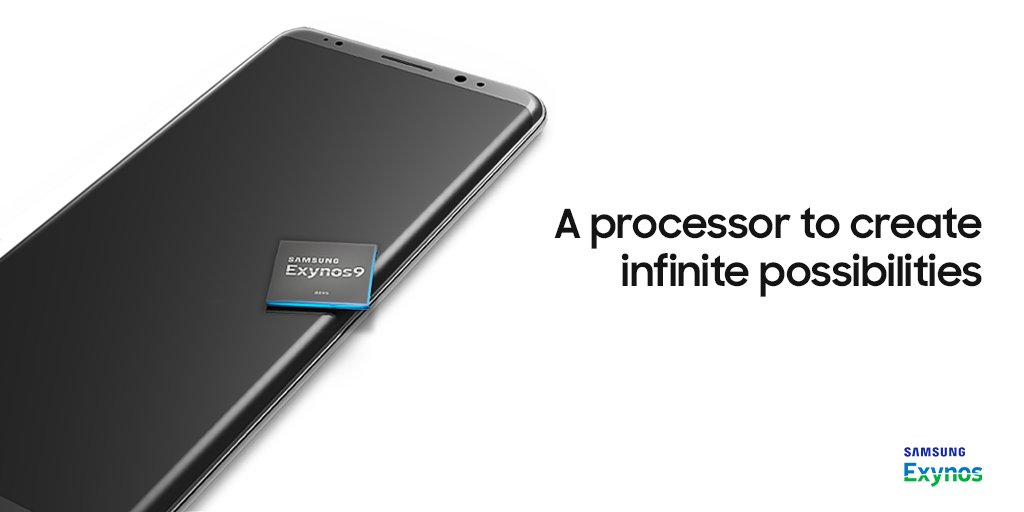 The past few months have been absolutely swamped with Galaxy Note 8 leaks, from schematics and components to release date rumors and concept images. Through all of these leaks, including our own exclusive leak, we’ve managed to piece together a fairly complete picture of the upcoming phablet. But on Thursday morning, without warning, Samsung’s official Exynos Twitter account shared an image that appears to feature the Galaxy Note 8. After all that build up, Samsung spoiled the surprise itself.

One look at the phone in the tweet and you can tell that it isn’t a Galaxy S8 or a Galaxy S8+. While is shares some similarities with the flagship phones released earlier this year, the top bezel is thinner than that of the S8 or S8+ (which is what recent leaks have suggested as well). The display appears to stretch even further over the sides as well, making the Infinity Display name even more appropriate.

Do what you want. #Exynos will get things done. Learn more about #Exynos8895: https://t.co/xjBw74E39o pic.twitter.com/zzxH7NE3QU

Considering we’re likely still a few weeks out from the Galaxy Note 8, there’s a chance that this isn’t the final hardware. That said, it’s worth stressing that the tweet above came from an official Samsung Twitter account, so it would be especially strange if the model in the image was inaccurate.

Samsung didn’t include any further information about the Note 8 in the tweet or the linked webpage, but recent reports claim the phone will feature a 6.3-inch Super AMOLED display with 2K resolution and an 18.5:9 aspect ratio, Exynos 8895 or Qualcomm Snapdragon 835 processor, 6GB of RAM, a dual 12-megapixel camera with optical image stabilization and a 3,300 mAh battery.

Samsung is expected to officially unveil the Galaxy Note 8 before the end of the month, with plans to launch the phone and have it in stores as early as August 23rd to beat the iPhone 8 to market.