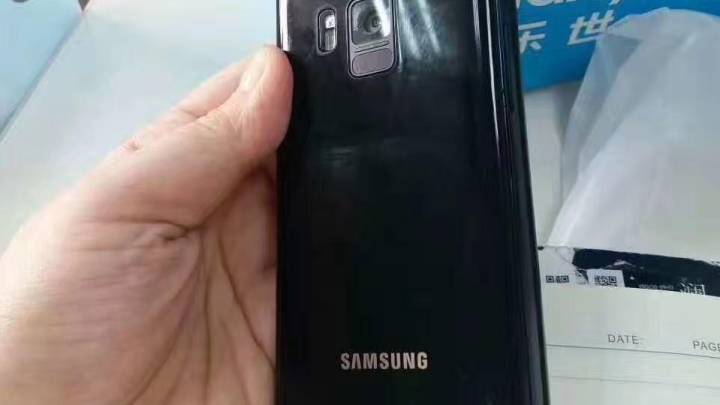 Galaxy Note 8 leaks have been dominating the headlines of tech blogs for months now. We’ve seen renders, cases, release windows and rumored specs sheets, but it’s easy to forget that the Note 8 likely won’t be the only other phone Samsung releases in the second half of the year. Along with the S8 Active, Samsung is also reportedly working on two smart flip phones, both of which could launch in 2017.

We highlighted the Samsung flip phone leaks last month, but over the weekend (via Slashleaks), photos of the SM-G9298 powered up and out in the wild appeared online for the very first time.

At a glance, the SM-G9298 looks relatively advanced for a flip phone. It features a near bezel-less 4.2-inch display on both the outside and the inside of the top flap, both of which look sharp in the leaked images. The phone could almost pass as a miniature Galaxy S8 from the front (if it didn’t also flip open).

The physical buttons are situated similarly to the buttons on the SM-G1650 we covered in June, though the Home, Back and Recent buttons now surround the control pad while the dedicated buttons for camera and email functionality have vanished altogether. As for specifications, previous leaks suggest that the flip phone will feature a Qualcomm Snapdragon 821 processor, 4GB RAM, 64GB storage, 2,300mAh battery, 12-megapixel rear camera and 5-megapixel front camera.

Unfortunately, the phone will almost certainly launch in a few Asian markets, including China, so our Western readers will have to stick with non-flippable phones. The good news is that if a final or near-final version of the phone is floating around in the wild, the unveiling should come soon.