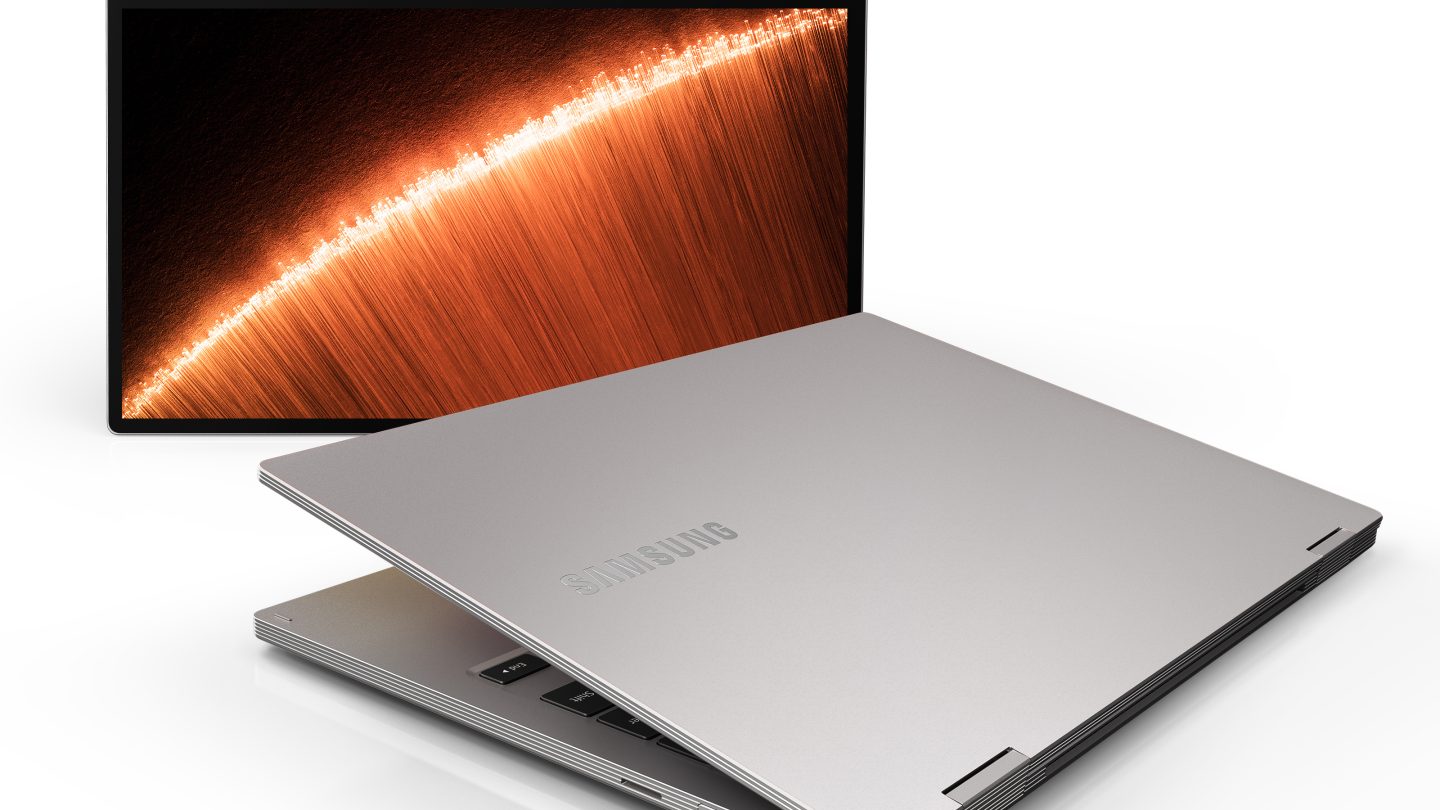 The company is positioning both as geared toward laptop fans who want a mix of style and affordability, and they’ll both go on sale soon. At this point, Samsung is only saying the Notebook 9 Pro will be available “in early 2019,” while the Notebook Flash will start at $349.99 and go on sale at Amazon and Samsung.com starting a week from tomorrow, on January 15.

So what are you getting with both products? Let’s start with the Notebook 9 Pro. As far as the design, Samsung is touting a “cool metal exterior” with diamond-cut edges — perfect, the company says, for creatives who want something stylish that also offers fast performance. Other features include dual 1.5W stereo speakers with Thunder Amp to boost the maximum volume output, as well as 14 hours of battery life. It offers fingerprint-scanner login, runs on the Windows 10 Home operating system and comes with the Active Pen included in the box which offers more than 4,000 levels of pressure sensitivity. It also sports an 8th Gen Intel Core i7-8565U processor.

When it comes to the Notebook Flash, its features include Gigabit-WiFi technology as well as the ability to log in with a fingerprint scanner and offers the possibility of expandable storage — sold separately — with a Universal Flash Storage/MicroSD Memory slot. It will be offered in a charcoal color design in the US and provide 10 hours of battery life. The full list of specs for both notebooks is available here.

“Our consumers want beautiful, modern devices that let them do more of what they want, when and where they want,” said YoungGyoo Choi, senior vice president of the PC Business Team, Mobile Communication Business, at Samsung Electronics. “By offering two different PCs that are modern and sleek, put a premium on design, and deliver Samsung’s signature, cutting-edge performance, we’re offering our consumers even more choices so they can pick the PC that is specific to their needs.”