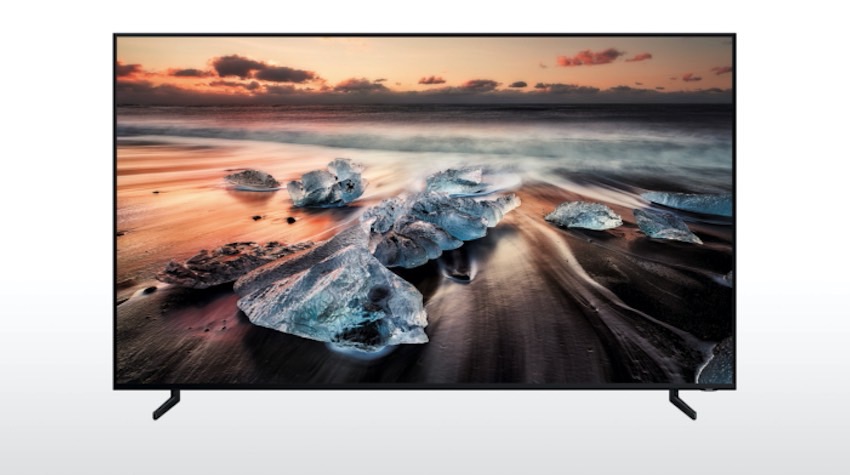 Everything about the new 85-inch 8K TV in Samsung’s Q900 series just seems like a beast. Larger-than-life. From the specs to the crazy-high price tag (a mere $15,000). And, well, to the reviews, early examples of which are starting to trickle out and seem to be mostly praising the TV in pretty glowing terms.

From Wired, “An Amazing Glimpse of 8K’s potential.” Pocket-Lint.com calls it an “HDR Supernova,” and, via Forbes, we get this bit of breathless hype about the TV: “The future is now.”

A Digital Trends reviewer who got flown by Samsung out to its QA Labs in New Jersey noted that this is a super-luxe product that literally no one needs right now, at least not until we can access 8K content. Maybe. “But having seen several in action now, I certainly want one, and once the prices move toward the reasonable side of the spectrum, I’ll be getting one. But were I to put myself into the shoes of a wealthy early adopter for whom cost is no object, would I purchase this TV? Yeah, I probably would, and that’s because I am damned impressed with the Q900s upscaling ability.”

The TV’s reason to exist at all, he continues, is its 8K upscaling ability. Samsung’s 8K Quantum A.I. is what the company is betting on here — that’s the chip that uses artificial intelligence to analyze an image in real time and then dip into an image database to present a “much more accurate and precise digital guess at how to plug in missing picture information.”

Some other things worth noting: The TV has a depth of almost 1.5 inches. It comes with 4 HDMI ports, and 4K support goes up to 60 FPS. The biggest con, no doubt, is the price tag. The DT reviewer also points out that it produces “tons of heat.”

“However,” that review concludes, “this is a first-generation product and Samsung has no competition – at least for the next few months. We’re not surprised to see such a lofty number, and we should point out that it is $5,000 less than the first 4K TVs at similar screen sizes … When we talk about 8K and feel that urge to poo-poo the tech as too far ahead of its time, I think it is important to remember that the display has always led the way. With Samsung’s Q900, we’re just seeing that happen again. We’re looking at the future of TV, and it’s glorious.”