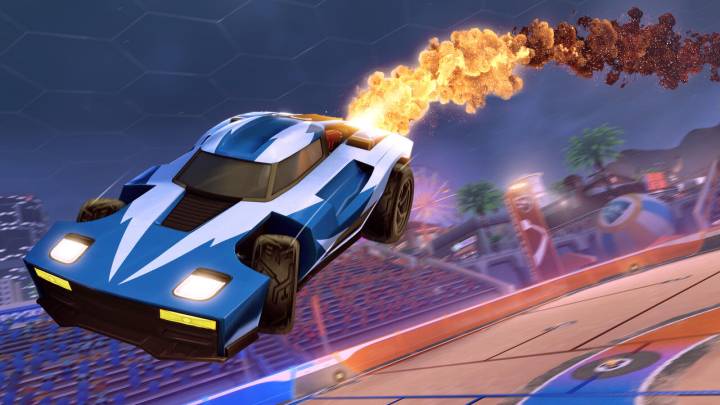 Rocket League is not only one of the best online multiplayer games of the decade; it’s also one of the most exciting and approachable esports on the scene. I played Rocket League for the first time back during the closed beta, and I do not even want to check my profile to find out how many hours I’ve spent playing since. Needless to say, the game was worth every penny of the $20 I paid for it, but if you’re on the fence or don’t have $20 to spend on a video game right now, developer Psyonix has some good news for you — Rocket League is going free to play.

Later this summer (Psyonix hasn’t announced a release date yet), anyone with a PS4, Xbox One, Switch, or PC will be able to download and play Rocket League for free. Plus, the game will be launching on the Epic Games Store at the same time, and will no longer be available on Steam to new players.

Of course, millions of people already own Rocket League, and if you’re one of them, you probably want to know what happens to your account once it goes free to play. Don’t worry, it’s all good news. If you already owned the game, you will continue to receive updates and features for as long as the game is active. Plus, if you play Rocket League online before the free to play launch, you will be rewarded with Legacy status, which includes:

Aside from the new price, Rocket League is also getting cross-platform progression, which means you can bring your items, Rocket Pass progress, and Competitive Rank with you to any platform you play on. The main menu is getting a makeover, and major features like Tournaments and Challenges are changing too, but Psyonix will have more to say about these updates in the coming weeks. For now, we just have to patiently await a release date.