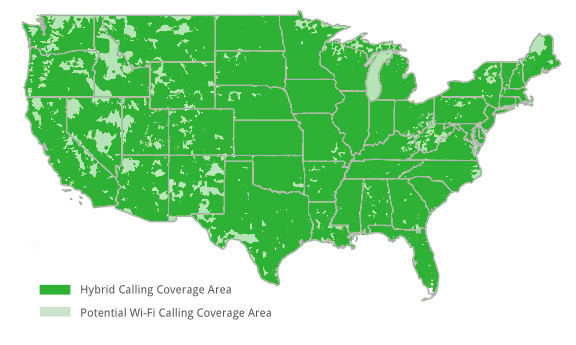 Republic Wireless is a small cell company that’s come to be known for cheap, no-frills plans over the last year. But with the big four networks dominating cell contracts, Republic has to pull some noteworthy stunts to get any attention. That probably explains why the company is offering 2GB of free data per month for six months, with basically no strings attached.

The promotion goes like this: sign up for the company’s Bring Your Own Android Phone plan, pay for a SIM card to be shipped to you (about $3-4), and you’ll get six months of free service. Republic’s plans start for $15 a month for call and text, and the promo covers any plan up to the 2GB data/$30 per month option.

Republic is a mobile virtual network operator (MVNO), which means it uses the network of one of the big four carriers for service. Republic doesn’t disclose which network it uses, but it’s widely suspected to be T-Mobile. Assuming that’s the case, you’re getting 2GB of data for free on a network where 4GB of prepaid data already costs $45.

If you’re only an occasional data user, or you’re thinking about getting a second line for a spare device, Republic’s promo is difficult to beat. Even if you’ve already got a plan on a different MVNO, it’ll take minutes out of your day to switch accounts, and six months of free service is worth around $150.

T-Mobile’s coverage varies a little, and isn’t great in rural areas. But in cities and more populated areas, T-Mobile’s LTE network is tied for the fastest in the country. Getting free access to that for six months is pretty hard to beat.