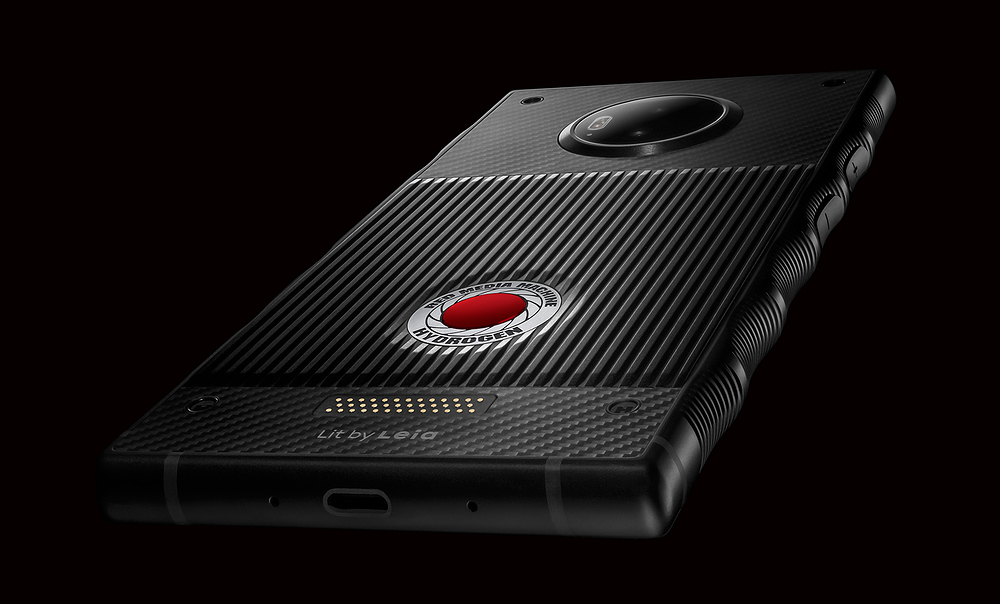 As smartphone designs become increasingly homogenized with every passing year, it’s hard not to get excited when a company tries something new. That’s one of the reasons why we’ve been writing about Red’s Hydrogen One with its unique look and holographic display. Unfortunately, the launch of the phone ended up being pushed to November, but earlier this week, Red CEO Jim Jannard shared the first official photos of the Hydrogen One.

We’ve seen plenty of renders of the phone up to this point, and last year we covered a vlogger going hands on with a prototype model, but this is the first time we’ve seen the final production model of the phone photographed. And yes, it’s just as captivating to look at now as it was from the moment it was unveiled.

In addition to begin one of the most distinctive phones of the past several years, the Hydrogen One also offers several features that no other phone on the market can offer, most notably the ability to display and capture holographic video content without the need for glasses. It shouldn’t come as much of a surprise that a smartphone from Red — perhaps best known for its cinema-quality cameras — has a heavy focus on video.

Red’s Hydrogen smartphone will launch on November 2nd, retailing for a whopping $1,295 at Verizon and AT&T. The aluminum model will arrive in black and shadow colorways on that date, with a titanium model set to hit in 2019. Red will begin sending out its Houdini developer models next week on August 31st.