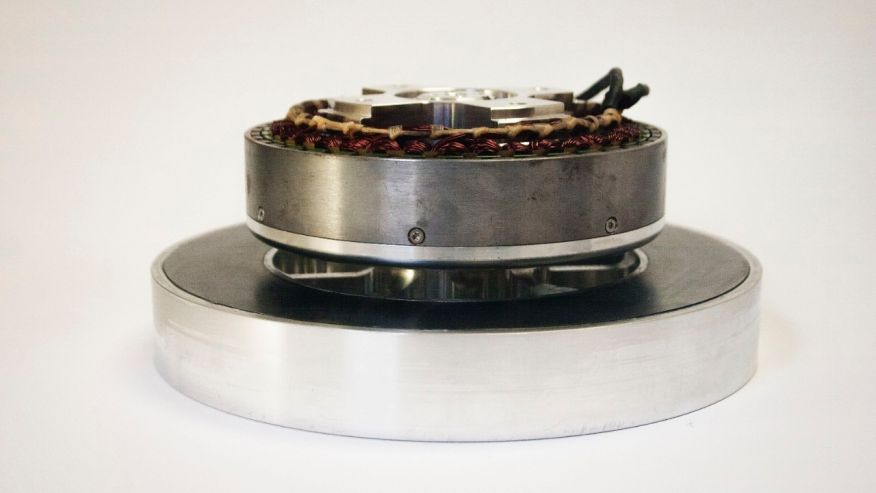 Arx Pax, the firm behind the Hendo Hoverboard, is selling its hover engines to companies interested in harnessing the technology in industries such as manufacturing and transportation.

The Los Gatos, Calif.-based firm announced Wednesday that its HE3.0 hover engines are available for purchase. Arx Pax is also selling a package of scaled-down hover engines to companies that want to develop hover-based technology prototypes.

“For the first time ever, we’re putting out this technology for anyone that is interested in its potential,” Arx Pax CEO Greg Henderson told FoxNews.com.

Arx Pax’s Hendo Hover subsidiary hit the headlines in 2014 with the launch of its initial proof of concept hoverboard, which used the firm’s Magnetic Field Architecture (MFA) technology to provide magnetic levitation. MFA continues to generate plenty of buzz – Arx Pax has been even been touting the technology as a way to protect people and structures in natural disasters such as earthquakes.

HE3.0 hover engines are being sold for $9,999 a pair. A Magnetic Field Architecture (MFA) Bundle of four scaled-down hover engines is priced at $1,589.

Ball Aerospace and Pampa Technologies, which specializes in industrial automation, are beta customers for the MFA Bundle, according to Arx Pax.

“We’re super excited about a lot of different industries and how the technology can be applied,” said Henderson. The hover engines, he explained, could be used in semiconductor manufacturing where delicate components must not be exposed to moving parts while the heavy load capabilities of the engines could be useful in industrial manufacturing.

“Forklifts require a lot of space,” he said. “To have the ability [with hover engines] to turn on a dime could really solve the problem of ‘the last inch of logistics’.”

Henderson told FoxNews.com that, under good conditions, one of the company’s hover engines is able to lift 220 pounds. The company will soon be announcing news about the heavy lift capabilities of its hover engines, he added.

Last year, Arx Pax entered into a Space Act Agreement with NASA focused on MFA which will be used to build micro-satellite capture devices that can manipulate and couple satellites from a distance.