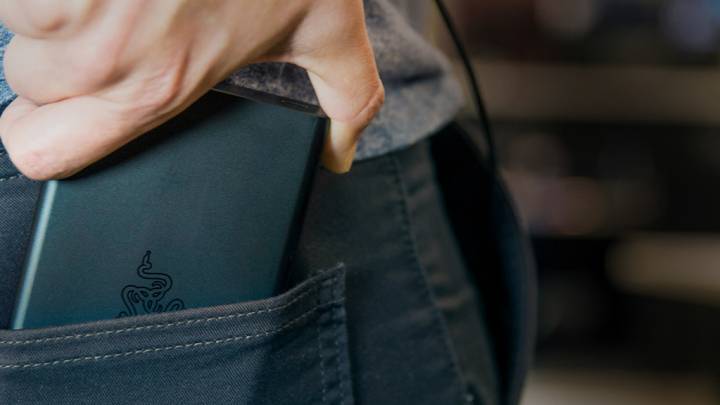 Razer recently announced a new flagship laptop, the Razer Blade Stealth. It looks like a worthy successor to the old Razer Blade, one of the best Windows laptops out there, but the thing that really caught my attention is the battery pack Razer made for it.

A couple companies have taken stabs at making external battery packs for laptops before, most notably Dell with the XPS 13. They’re not a bad idea, but since Amazon is already awash with cheap Anker packs, it takes something special to stand out.

The Razer Power Bank is what you’d probably get if you sat down and designed your perfect (within the laws of physics) external power bank. It has two Qualcomm QuickCharge compatible USB-A ports, which are ideal for charging every single smartphone you can buy right now. QuickCharge is a proprietary standard that allows for faster charging that the USB standard, and it’s what allows good Android phones to charge faster than the 10 Watts allowed by USB.

There’s also a USB-C port that can push up to 45W, which allows for a lightweight USB-C laptop to be charged as well. It won’t work for full-speed charging of a MacBook Pro, but works for things like the Retina MacBook, Razer’s new Blade Stealth, or the XPS 13.

All of this is housed in a lightweight and strong-looking aluminum chassis that doesn’t have any of Razer’s trademark blinking lights. The battery inside is 12,800mAh, good for about a 40% charge on most laptops or juicing up a phone a couple times. It’s not an off-the-grid power replacement, but should allow you to last out the longest of plane flights.

Pricing is the only problem: it’s $150, which is downright painful for a battery pack. But look at it this way: if Apple offered the same thing for the Retina MacBook, people would be saying it’s the greatest dongle accessory ever made.